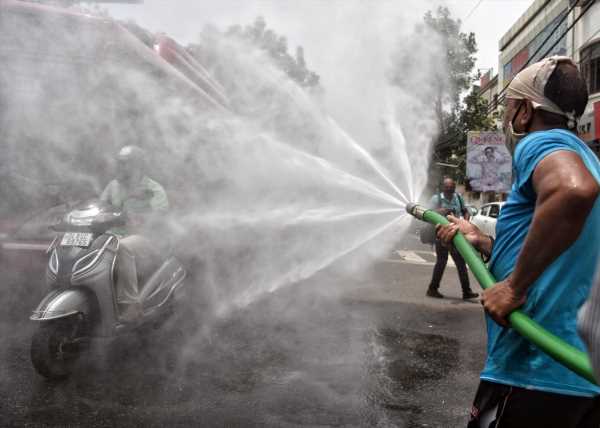 States should ensure a weekly positivity rate of less than 5 per cent, vaccination coverage of at least 70 per cent among the vulnerable section, and community ownership of Covid-appropriate behaviour, reports Ruchika Chitravanshi. 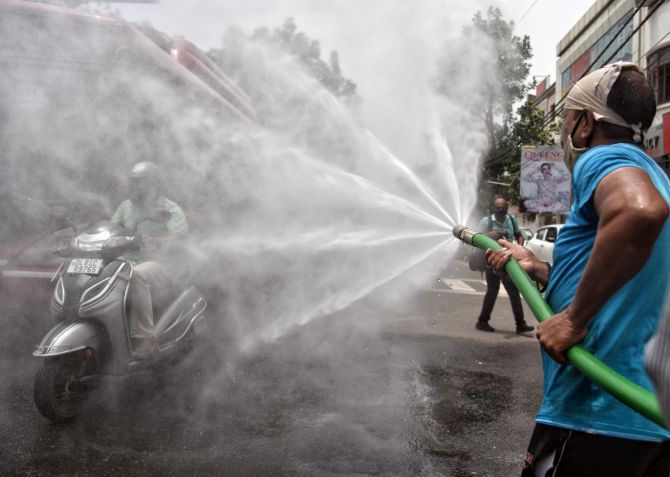 “Testing and containment has worked in these six to eight weeks. We have to find a mechanism to ease the lockdown and it has to be done very gradually,” Balram Bhargava, director general, Indian Council of Medical Research said.

The government has recommended a three-pronged approach for states to unlock as Covid cases begin to decline in most parts of the country. The states should ensure a weekly positivity rate of less than 5 per cent and vaccination coverage of at least 70 per cent among the vulnerable section, including the elderly and those above 45 years with comorbidities.

Bhargava also said that states should ensure community ownership of Covid-appropriate behaviour in a big way.

According to health ministry data, 295 districts have been reporting more than 100 daily cases for the past week, as against 531 districts from April 28 to May 4.

Bhargava also said that vaccination is being ramped up and the unlocking had to be guided by the amount of vaccination done for the vulnerable group.

“India is one of the five countries that is producing vaccines; imagine where we would be if we did not manufacture vaccines,” Bhargava said.

He stressed that by mid-July or early August, India would have enough supply of vaccines to administer up to 10 million jabs a day and that there would be shortage only if we wanted to vaccinate everyone in a month. “We have to have some patience. We have a large population. Total doses given in India are the same as in the US. Our population is four times US,” Bhargava said.

With Covid infection in children gaining government attention, the paediatric infrastructure in the country would be audited to understand what more is required and facilities will be ramped up to prepare for the worst-case scenario, V K Paul, member-health, Niti Aayog said. The situation could change and Covid impact on children could increase if the virus transforms or if there is a shift in epidemiological dynamics, he added.

“As we go forward, we are preparing for all scenarios. A national expert group will take a relook at the preparedness in a renewed way. We will take note of the new science and knowledge that has emerged in this area,” Paul said.

Around 2-3 per cent of children affected with Covid require paediatric care but the government would prepare for double the requirement, Paul said.

He said that two to six weeks after recovering from Covid and becoming RT-PCR negative, a small proportion of the children are exhibiting symptoms such as fever, rash, inflammation in eyes, also called multi-system inflammatory syndrome of children.  “It can be treated and should be attended to in time. This is a unique illness in children,” Paul said, adding that whatever is known about it so far is being shared with doctors.