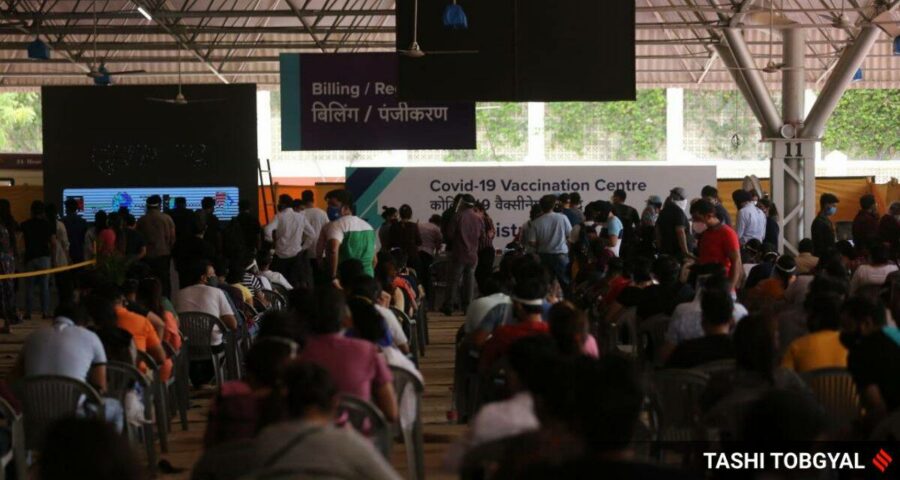 In a national emergency, any company can make an application to the Controller General of Patents to secure a compulsory licence and use patented technology to manufacture vaccines or drugs, thus ensuring cheap, adequate supply The massive vaccine shortage in the country became clear as soon as the second wave of the COVID-19 pandemic started claiming lives. The omission of the Centre in procuring adequate doses lays bare the lack of its preparedness in dealing with the second wave. According to the statement by the government to the Supreme Court, only 13.5 crore vaccine doses (only 9 per cent of the Indian population) were administered the vaccine, as of April 26,2021. In an interview to the Financial Times, Serum Institute of India (SII) CEO Adar Poonawalla stated that the country is likely to face a vaccine shortage till July 2021 as he said he had not expanded capacity of his vaccine plants because of lack of (purchase) orders. The fact that precious lives of the citizens are dependent on the business strategies of two private companies (SII and Bharat Biotech) is particularly distressing.

Last week, the Supreme Court highlighted the blatant unconstitutionality of the new COVID vaccine policy allowing vaccine manufacturers to fix prices. The Court directed the Centre to consider invocation of compulsory licencing of drugs and vaccines under the Patents Act, 1970. This is perhaps the first time since outbreak that the Supreme Court is stepping ahead and suggesting a new policy course when it comes to COVID management. The Delhi High Court had also suggested to the Central government that it invoke compulsory licence if the situation of drug shortages worsens.

Under the patents law of India, the Central government possesses immense powers to tide over the present drug and vaccine shortage, emphasising on the bridging of the supply-demand mismatch. If there is a declaration of national emergency or “extreme urgency”, any company which is coming forward to manufacture the COVID vaccine or drugs like remdesivir or favipiravir simply has to make an application to the Controller General of Patents to secure a compulsory licence. The licence-holder can then go ahead and use the patented technology to manufacture the vaccine or the drugs. This will ensure that the drug or vaccine gets cheaper and supplied adequately to meet the growing demand.

However, there is always a concern regarding potential litigation due to which other manufacturers are unwilling to seek compulsory licences. Such concerns will have to be alleviated by the Centre itself as the gravity of the situation demands that action is taken urgently. It is beyond any question that the right to life of the people should have primacy over any commercial interests. In any case, the patent holders can be adequately compensated by fixing a reasonable licence fee. The Russian and Hungarian governments have issued compulsory licences for remdesivir and made it available for cheaper prices to the public. The Central government possesses powers under the Patents Act to authorise companies to use any patents for the “purpose of the government”. It can also acquire or revoke the patents if it thinks fit. The only purpose of any government now is to save lives. It is not clear why the Centre has not taken any steps to invoke its powers yet.

The vaccine shortage forced the Centre to come up with a revised strategy for age group 18-45 enabling vaccine procurement by state governments and the private hospitals to purchase vaccines themselves at the prices fixed by the manufacturers, purportedly for carrying out two drives “in a decentralised manner to achieve higher efficiency and reach.”. Further, it is the case of Central Government that leaving the vaccine availability to market forces will, “on the one hand, incentivise vaccine manufacturers to rapidly scale up their production and, on the other hand, attract new vaccine manufacturers.” According to them, it would make pricing, procurement and administration of vaccines more flexible and competitive and would further ensure augmented vaccine production as well as wider availability of vaccines in the country. The SC rightly held that the above approach leads to discrimination. The Court also went on to highlight the vaccine inequity and pointed out that the rational method would be for the Central Government to procure all vaccines and to negotiate the price with the vaccine manufacturers.

COVID-19 has disproportionately high impacts on the poorest and most marginalised. To reduce the numbers of cases and deaths, it is necessary that even the poorest of the poor have access to treatment (including access to oxygenated beds, ICU & ventilators) and free vaccines, irrespective of age and spending capacity. Therefore, it is incumbent on the Central Government to ensure that the vaccines are available to all free of cost following the universal immunisation policy.

The concerns of the Central Government regarding availability of vaccines can be addressed by ensuring that there is compulsory licensing of the available patents. The larger the number of players in the market, the lower the financial burden on the government. The Centre will have to ensure that there is dynamism in the COVID drugs and vaccines market. Leaving patients to the fluctuations of the market where Big Pharma determines the prices is immoral and arbitrary.

The writer is a lawyer in the Supreme Court