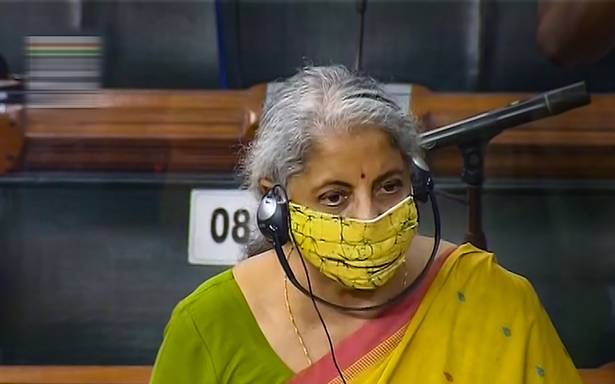 The government on Thursday took the first step towards doing away with the contentious retrospective tax law of 2012, that was used to raise large tax demands on foreign investors like Vodafone and Cairn and has culminated in a freeze order from a foreign court on India’s overseas assets.

Finance and Corporate Affairs Minister Nirmala Sitharaman introduced The Taxation laws (Amendment) Bill in the Lok Sabha on Thursday, to nullify the relevant retrospective tax clauses that were introduced in 2012 to bring past indirect transfer of Indian assets under the ambit of taxation.

As per the proposed changes, any tax demand made on transactions that took place before May 2012 shall be dropped and any taxes already collected shall be repaid, albeit without interest. To be eligible, the concerned taxpayers would have to drop all pending cases against the government and promise not to make any demands for damages or costs.

Experts welcomed the move as it will end the spectre of policy uncertainty for potential investors who have seen the Vodafone and Cairn cases unfold over the past decade.  “This could help restore India’s reputation as a fair & predictable regime apart from helping put an end to unnecessary, prolonged & expensive litigation,” said Pranav Sayta, tax partner at EY.

Former Finance Minister, the late Pranab Mukherjee, had introduced the retrospective taxation power after the Supreme Court had held Vodafone couldn’t be taxed for a 2007 transaction that involved its purchase of a 67% stake in Hutchison Whampoa for $11 billion. Later, the tax was invoked against Cairn for a corporate reorganisation done in 2006-07 and its assets were frozen by authorities.

The NDA, which was in the Opposition at the time, had termed this ‘tax terrorism’ and late Finance Minister Arun Jaitley had promised to stop the retrospective tax levy. However, there was no move to scrap the law in its seven years in office so far — the latest rethink could have been prompted by Cairn Energy securing an order to freeze Indian assets in Paris last month.

“The ghost of the retrospective amendment on indirect transfers is now proposed to be buried with the government giving up claims on taxes due under such covered indirect transfers of Indian assets and is seeking to respect the original decision of the Supreme Court,” noted Aravind Srivatsan, tax leader at Nangia Andersen.

Separate international arbitration tribunal verdicts in the Vodafone and Cairn cases have ruled against India’s retrospective tax demands over the past year. While the government had earlier said it will honour the legal process, it has filed appeals against both the verdicts.

Cairn Energy, which was awarded $1.2 billion by an international tribunal has filed cases in at least ten global jurisdictions, including the U.S., U.K., Canada and Japan to seize India’s assets in lieu of the award as the government didn’t abide by the tribunal’s decision.

After Cairn filed a lawsuit in a U.S. court against Air India this May, seeking to make the national carrier liable to pay the damages awarded to it, the Finance Ministry said it is ‘vigorously defending’ its case against the international arbitration order and asserted that India had never ‘agreed to arbitrate’ a national tax dispute. In early July, a French court allowed Cairn to freeze at least 20 Indian properties in Paris worth $23 million.