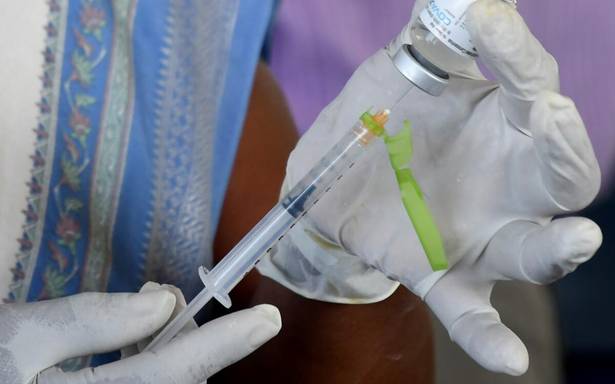 The court was also told that the Centre had given an assurance to supply 37,13,190 doses between June 9 and July 2.

Appearing before Chief Justice Sanjib Banerjee and Justice Senthilkumar Ramamoorthy, Advocate General R. Shunmugasundaram said the Centre had stated that 20,38,810 doses would be supplied through the Government of India channel for vaccinating those aged 45 and above, and that 16,74,380 doses could be purchased by the State government directly from the manufacturers for vaccinating the other category. [The Centre subsequently announced that it would revert to centralised procurement of COVID-19 vaccines].

The A-G also pointed out that Chief Minister M.K. Stalin had written to Union Health Minister Harsh Vardhan, seeking a special allotment of one crore doses to the State in order to make good for the lower allocations made in the previous months. After taking note of his submissions, the judges hoped that the efforts to expeditiously augment the supply of vaccines would be kept up so that the entire population could be vaccinated as early as possible.

The court also expressed the hope that both the Centre and the State government would look into the aspect of vaccinating on priority the students who wish to travel abroad for studies and other international passengers. The judges said the government could also consider the possibility of recording the passport number of the individual concerned on the vaccination certificate so that things become easy for international travellers.

“With many countries now opening up and allowing international travellers from India, this aspect of the matter gains even more significance,” the Bench said. It also expressed the hope that the State government would continue its efforts, by constituting district-level committees led by Medical Department officials, to ensure that private hospitals do not indulge in profiteering at the expense of the distressed citizens suffering from COVID-19.

Further, observing that the second wave of COVID-19 appeared to be under control, and that both the Tamil Nadu government and the Puducherry administration had taken appropriate measures to deal with the problem, “though there may have been a state of unpreparedness at the initial stage”, the court adjourned by two weeks further hearing of a suo motu case taken up by it to monitor the fight against the pandemic.