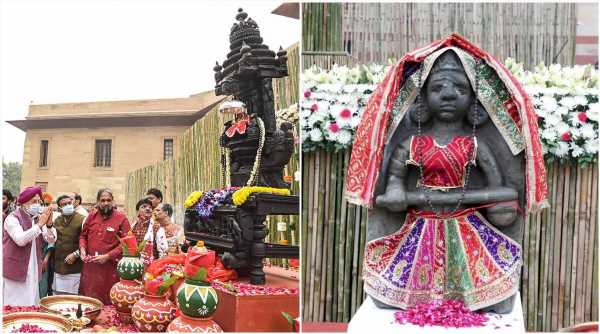 The idol was stolen from a temple of Varanasi and smuggled out of the country around 100 years ago. 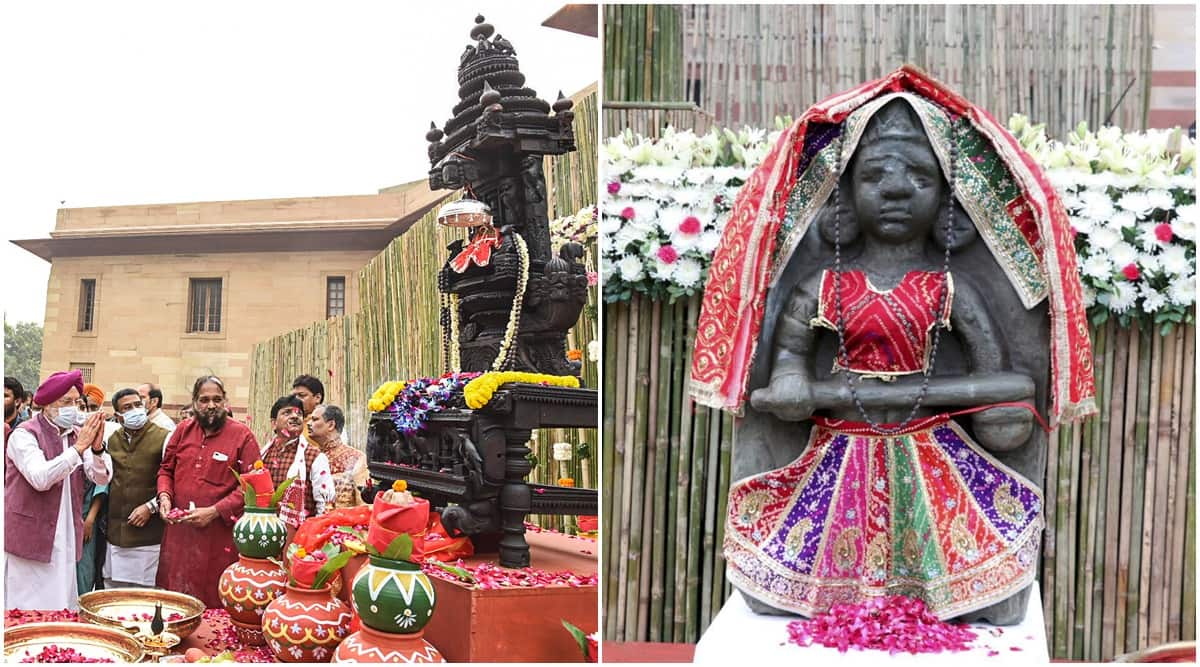 The Union Ministry of Culture formally handed over the idol of Annapurna Devi to the Uttar Pradesh government at a ceremony held at New Delhi’s National Gallery of Modern Art on Thursday.

The idol, which was brought back from Canada recently, will be installed at the Kashi Vishwanath temple in Varanasi on November 15.

Speaking on the occasion, Reddy said that “owing to the efforts of Prime Minister Narendra Modi, the idol of Goddess Annapurna, which was stolen over 100 years ago, has finally returned to India”.  “Soon, the antiquities of various other states will be returned to the respective state governments. Two idols will be sent to Tamil Nadu, one to Andhra Pradesh and one to Rajasthan,” he added.

The idol, which was received by the Archaeological Survey of India (ASI) on October 15, now begins its journey towards its original location — Varanasi. It will be taken from Delhi to Aligarh on November 11, from where it will travel to Kanauj on November 12 and Ayodhya on November 14. Finally, on November 15, it will be placed at the Kashi Vishwanath Temple in Varanasi after appropriate rituals.

The idol was stolen from a temple of Varanasi and smuggled out of the country around 100 years ago. Annapurna, also spelt Annapoorna, is the goddess of food. The 18th-century idol, carved in the Benares style, measures 17x9x4 cm.

The statue began its journey home last year, with its virtual repatriation ceremony having taken place on November 19. The idol was expected to land in Delhi in the middle of December 2020, but the Covid-19 pandemic delayed its return. A thorough verification and documentation was carried out, after which a decision was taken about its final custody. ASI has been tasked with ascertaining the security arrangements at the idol’s original location before handing it back to the trustees of the temple.

Between 2014 and 2020, the government has been able to retrieve 40 such antiquities from various countries. According to ASI’s records, between 1976 and 2014, 13 antique pieces had been repatriated to India. Anupriya Patel had said that the return of another 75-80 stolen antiques is in the pipeline, but the legal processes take a lot of time.