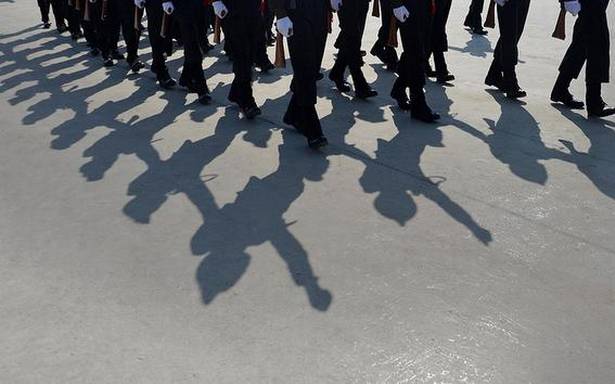 The CBI has arrested two army havildars over alleged bribery charges in the recruitment of multitasking staff (MTS) in the force, officials said Wednesday.

In a joint operation with the army, the CBI Tuesday night arrested the havildars who allegedly sought money from selected candidates by telling them that their papers were incomplete, the officials said.

It is alleged that the accused, posted at the Ordnance Depot, used to call candidates selected for MTS threatening them that their appointment will be cancelled as their papers are not complete, they said.

This way they used to extort money from them, promising to send them their appointment letters, the officials said.

The action came after a tip off to the Southern Command of the army in Pune.

Continuing with its policy of zero tolerance for corrupt practices, the army has started a joint investigation with the CBI into the possible malpractices by the lower level staff, the officials said "The army has strict rules to deal with such malpractices and is enabling expeditious investigation to ensure punitive actions against the culprit," an official said.