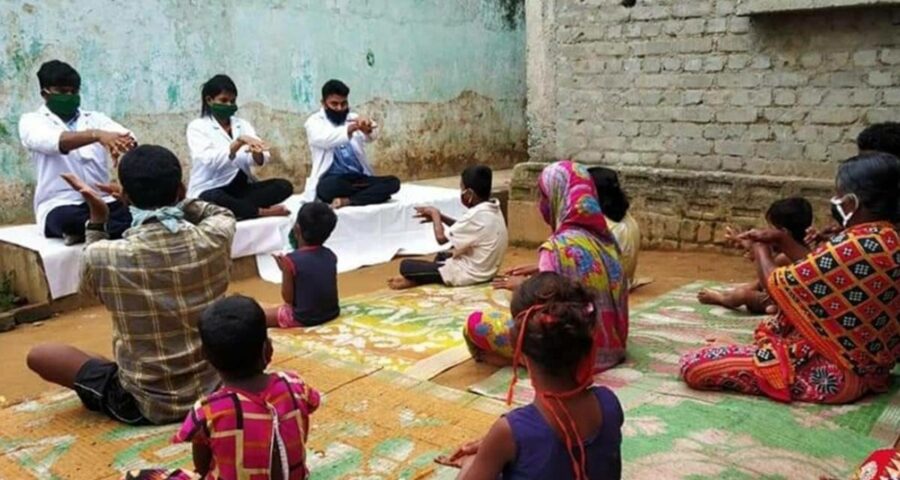 Official data shows that Angul district added nearly half of its overall caseload and deaths in the last 24 days. THE AMBULANCE reached the village more than five hours after the SOS — when it came, there was only the driver who did not know how to use the oxygen cylinder. A 41-year-old man succumbed 10 days after showing Covid symptoms — he was being treated for typhoid. A sub-divisional hospital that caters has three doctors, six isolation beds and no ventilators — it caters to nearly 6,000 people from 150 villages.

Before the pandemic struck, Odisha’s Angul was known for its coal majors, such as Mahanadi Coalfields Ltd. Today, the predominantly rural district is No.4 on the state’s active caseload chart with 7,459 cases, after Khurda (14,944), Cuttack (9,979) and Sundargarh (8,185), and is scrambling to ramp up infrastructure and awareness to cope with the second Covid surge.

During the first surge, the district recorded 4,221 cases and five deaths at the end of September.

“The nearest private clinic is 25 km downhill and the nearest government health care centre is 40 km away. Earlier, we would commute by bus but after the lockdown, bus services were discontinued and most of us have no vehicles. Hiring a private vehicle would cost us Rs 800 for one trip. Keeping all of this in mind, villagers have refrained from getting themselves tested,” Sisira Sahu, a resident of Nagaria village in the district, said.

In the remote village, located on a hilltop, three people died in the past one week — all of them had Covid symptoms but were not tested.

In nearby Sanasada village last week, Lulesh Sahoo’s brother Hadibandhu (47) died inside an ambulance four days after testing positive. “We called the nearest Community Health Centre, which is 3 km away, but they said we should rush him to the Covid hospital in Talcher, 70 km away. His condition was deteriorating so we called the ambulance at 10.20 am,” Sahoo said.

The ambulance arrived more than five hours later even as Hadibandhu, a diabetic with mild symptoms, complained of breathlessness. “But the driver didn’t know how to operate the oxygen cylinder. We rushed to the sub-divisional government hospital in Khamar, but despite waiting for nearly 30 minutes no treatment was given. There was only one doctor. My brother died in the ambulance,” Sahoo said.

Doctors at the Khamar sub-divisional hospital in Pallahara block, which caters to 150 villages, said they are severely hampered by lack of staff and infrastructure. All the six beds at the isolation centre have been occupied since May 2, they said.

One of the doctors said that in many villages, instances of fever and cold have become a common phenomenon in the past one month, with many of these cases being treated as typhoid.

In Kaniha block, for instance, 41-year-old Pratap Behera died on May 6, ten days after showing Covid symptoms. On May 1, his brother said, Behera was diagnosed with typhoid. “When his condition deteriorated, we did not know what was happening… We had no idea about oximeters and oxygen levels. We were told that it was typhoid,” Behera’s younger brother, Punachandra, said.

When contacted, District Collector Siddharth Swain said the spike was mainly due to movement from other districts and ramped-up testing. Infrastructure is being upgraded, he said.

“The district has a presence of lots of industries, which is why movement is inevitable. There is always an influx from other districts and states as well, which is one of the causes for the surge. We have also ramped up testing in the district to nearly three times more than what it was a month ago. This, too, has led to an increase in the numbers,” said Swain.

According to the Collector, the district is now setting up another 90-bed Covid hospital in Banarpal apart from the one already functional in Talcher — both will be without ventilators, though. District officials have also operationalised a system for online monitoring, he said.

“Rural areas are being affected… for the last one week, we have initiated door to door surveys and are testing symptomatic cases. Apart from that, we will soon start Covid care centres in each block,” Swain said.