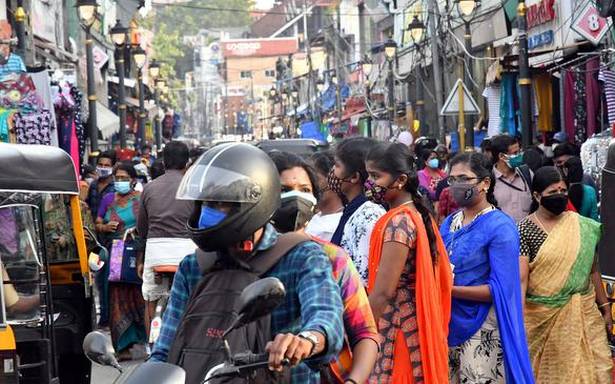 The capital district logged 944 more COVID-19 cases and 979 recoveries as the number of active cases stood at 10,512 on Saturday. The test positivity rate (TPR) was recorded to be 7.5%.

Among the fresh cases, 867 had been attributed to local transmission of the infection. Two health-care workers had also been diagnosed with the disease. The district administration has placed 32,560 people in quarantine currently.

Stringent restrictions would be in place in the district on account of the weekend lockdown on Sunday. City Police Commissioner and Inspector General Balram Kumar Upadhyay said the border points of the city would be barricaded. Inspections, which would commence at 6 a.m., would be focused at 70 check-points across police station limits in the State capital.

Mr. Upadhyay said the observance of Karkadaka Vavubali would not be permitted in public places on Sunday. Legal action would be initiated against individuals or organisations found to conduct rituals at ghats or temple premises, he said.