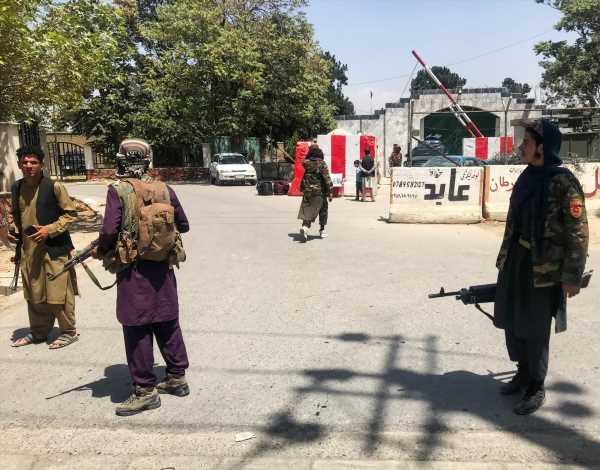 Despite dependence on the ISI for years of sustenance, Taliban leaders may harbour resentment over the ISI’s excessive control, notes Rana Banerji, who headed the Pakistan desk at the Research and Analysis Wing. Several days after entering Kabul, the Taliban seem to be going through the motions of consultation with other Afghan leaders ostensibly for inclusive government formation, if only to enhance their legitimacy and chances of early recognition by international powers.

In terms of realpolitik, they may be grappling with more serious power struggles within their own senior leadership to maintain a balance between various rival factions, accommodate tribal affinities and demands for a pound of flesh by younger field commanders.

Mullah Omar, a Hotak Ghilzai from Kandahar, died of tuberculosis in a Karachi hospital in April 2013, but this was publicly revealed by the Afghan National Defence and Security only in July 2015.

Succession battles within the top Taliban leadership perhaps accounted for this effort at secrecy.

Mullah Akhtar Mansour’s accession to the top post of emir ul momineen was not smooth. A rival commander, Mullah Rasool, who influenced Nimroze and Farah, disputed his leadership.

He also had support from Mansoor Dadullah, half-brother of Dadullah Akhund, a Kakar from Uruzgan, who was killed in fighting with British forces in Helmand in 2007.

After reports of alleged contacts with the Afghan NDS, he was arrested by the ISI in 2016.

Afghan tribal society has been riven by hostility between the ruling Durrani elites, the Barakzai and Popalzai sub-clans and the commoner Ghilzais.

Of the approximately 40% of Pashtuns in Afghanistan, Durranis comprise about 12% while Ghilzais account for about 15%.

The Zadran, the progenitor of the Haqqani clan, are more numerous, spreading in the eastern provinces of Nangarhar, Pakhtia, Khost.

They are considered lower in the tribal pecking order, compared to the ‘blue blooded’ Barakzais and Popalzai, or the Ghilzais.

Though both Mansour and Rasool were Ishaqzais, they fought over control of respective drug empires and links in Iran, as also on other issues of finance dispersal for the fighting of local commanders against the Afghan security forces.

Mansour’s possible distancing from Pakistani control and progressive reliance on Iran was not liked by the ISI’s Taliban handlers. He was killed in a US drone attack in May 2016, inside Balochistan while on his way back from Iran.

Though the taxi carrying him was completely incinerated, his Pakistani passport in the name of Ahmed Wali was found outside, leading to suspicion about an ISI tip-off to the Americans. Haibatullah Akhundzada, a Noorzai from Panjwai in Kandahar, was chosen the third emir of the Taliban. He hails from a respected religious family and served as the head of Shariah courts in the Taliban’s previous dispensation.

From the outset, his approach as leader was consensual and great pains were taken to brush factional differences under the carpet. Serajuddin Haqqani and Mullah Yaqub were brought in as deputy leaders. These changes occurred under close ISI supervision.

To complicate matters further, Mullah Baradar, a Popalzai and co-founder of the Taliban, was brought in as a third deputy emir in 2018.

He had been in Pakistani custody from 2010 for having initiated feelers for talks with then Afghan president Hamid Karzai and the Americans without a go-ahead from the Pakistan army.

He was released in October 2018 under prodding from US Special Envoy Zalmay Khalilzad to lend impetus to the Doha talks process.

Baradar was entrusted with the responsibility of interacting with the Americans in Doha, along with the hardline ‘Guantanamo Five’, Taliban leaders who are still under house arrest in Qatar.

Despite dependence on the ISI for years of sustenance in safe havens and for rest and recuperation facilities inside Pakistan, Taliban leaders may be harbouring resentment over the ISI’s excessive control or dominance.

In his book, My Life with the Taliban, Mullah Zaeef, the Taliban’s then ambassador to Pakistan (2000-2001) referred to the Pakistani military establishment derisively as men with forked tongues.

Zaeed told the US ambassador in Pakistan not to trust ISI missives about alleged Taliban reluctance to open channels of dialogue.

This issue rankled with the Pakistanis even earlier when Sayyed Tayyab Agha, Mullah Omar’s close associate, along with another influential leader, Agha Jan Mohtasem, reached out to Barnett Rubin, a US academic close to the CIA in 2010, and with interlocutors in the Royal United Services Institute in Britain in 2017, in an apparent quest to start a peace dialogue with the Americans through the Taliban’s Doha office.

Another idea ofinsurgent peace-making, through some field commanders, was also floated. Tayyab Agha was arrested by the ISI for a while in Islamabad. Both he and Mohtasem now remain in exile, possible in the UAE.

Exactly two years ago, in August 2019, an IED blast at the Khair ul Madarias mosque in Kuchlak, frequented by the Taliban’s Quetta Shoora, killed Haibatullah Akhundzada’s brother, Hafiz Ahmadullah, the main preacher there.

This was proof, if any was needed, of persistent factional discontent within the Taliban.

Even as the Taliban leadership dilly-dallies over government formation, policing in the greater Kabul area has been entrusted to Serajuddin Haqqani’s men, the ISI’s most trusted retainers.

Interestingly, two days after the Taliban entered Kabul, on August 17, Mullah Rasool has been released from Pakistan’s custody.

His release at this juncture may be a subtle message to the Taliban leadership to stay quietly under the ISI’s cosh.

The Taliban’s cabinet appointments, which were announced on Tuesday, August 24, reflect some of these pulls and pressures.

Ibrahim Sadr, an experienced Alokazai leader and former military commander who was temporarily out of favour, has been appointed interior minister.

The Taliban’s intelligence chief, Maulvi Najibullah, is a hardliner from Zabul, earlier associated with the Dadullah group and his own outfit, the Fidai Mahaz. He was opposed to the Doha process and was involved in abduction/killing of foreign journalists. He may have aligned since with the Serajuddin Haqqani camp.

Gul Agha, who has been handling Taliban finances at the apex level for a while and was close to Mullah Mansour, comes in as finance minister.