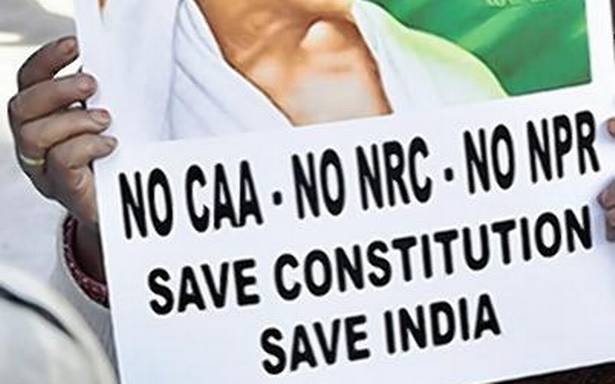 The Ministry of Home Affairs (MHA) did not notify the Citizenship (Amendment) Act, 2019 rules till Sunday, the third extended deadline after the Act was passed. January 9 was the last day of an extension it sought from the two parliamentary committees in the Lok Sabha and the Rajya Sabha to frame the rules.

It was not imminently clear if the Ministry had sought more time from the committee on subordinate legislation in the two Houses of Parliament to notify rules that will govern the CAA. Without rules, the Act cannot be implemented. Earlier, it had sought time till April 9, 2021 and then July 9, 2021 from the committees to notify the rules which are to be published in the Gazette of India.

The MHA did not respond if an extension has been sought from the committees.

On November 30 last, Minister of State for Home Nityanand Rai informed the Lok Sabha: “The persons covered under the CAA may apply for citizenship after the rules are notified under the CAA.”

Also read: The Citizenship question in the Constituent Assembly

Earlier on August 4, the Minister had informed the Rajya Sabha that, “The Committees on Subordinate Legislation, Lok Sabha and Rajya Sabha have been requested to grant extension of time up to 9.1.2022 to frame the rules under the CAA. Eligible person covered by this Amendment Act may submit applications for grant of citizenship after appropriate rules are notified by the Central government.”

As per the Manual on Parliamentary Work, in case the ministries/departments are not able to frame the rules within the prescribed period of six months after legislation is passed, “they should seek extension of time from the Committee on Subordinate Legislation stating reasons for such extension” which cannot be more than for a period of three months at a time.

The CAA provides citizenship on the basis of religion to six undocumented non-Muslim communities from Pakistan, Afghanistan and Bangladesh who entered India on or before December 31, 2014. It exempts the members of the six communities from any criminal case under the Foreigners Act, 1946 and the Passport Act, 1920. The two Acts specify punishment for entering the country illegally and staying here on expired visas and permits.

As many as 83 persons were killed in protests and riots from December 2019-March 2020 in Assam, Uttar Pradesh, Karnataka, Meghalaya and Delhi after the CAA was passed.

There are apprehensions that the CAA, followed by a country-wide compilation of the National Register of Citizens (NRC), will benefit non-Muslims excluded from the proposed citizens’ register, while excluded Muslims will have to prove their citizenship. The government has informed Parliament that “till now it has not taken any decision to prepare the NRC at national level.”

Watch | All about the Citizenship (Amendment) Bill, 2019