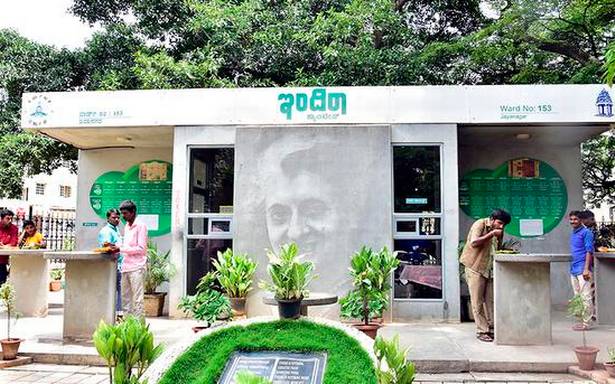 Mr. Ravi tweeted calling for the canteens to be renamed “Annapoorneshwari Canteen” saying, “Don’t see any reason why Kannadigas should be reminded of the dark days of Emergency while they are having food”. The BJP manifesto for 2018 Assembly polls included a promise to rename the canteen.

Leader of the Opposition Siddaramaiah, who as Chief Minister spearheaded the canteen scheme, hit back at the BJP’s “intolerance”.

“It is a common practice to name schemes after national leaders. The Union government could have instituted another award in the name of Major Dhyan Chand, not rename. Hasn’t the BJP named schemes after Atal Bihari Vajpayee in the State? There are flyovers named after Deendayal Upadhyaya and Shyamaprasad Mukherjee in the city. Did we rename them when in power? The BJP needs to learn to respect other’s contribution to the nation as well,” he said, pointing out how a stadium in Gujarat was recently renamed after Prime Minister Narendra Modi.

State Congress Chief D.K. Shivakumar said: “Indira Canteens in Karnataka take forward the pro-poor legacy of Mrs. Gandhi,” and sought to remind of the special bond she shared with Karnataka. She was elected to Lok Sabha from Chikmagalur in 1978.