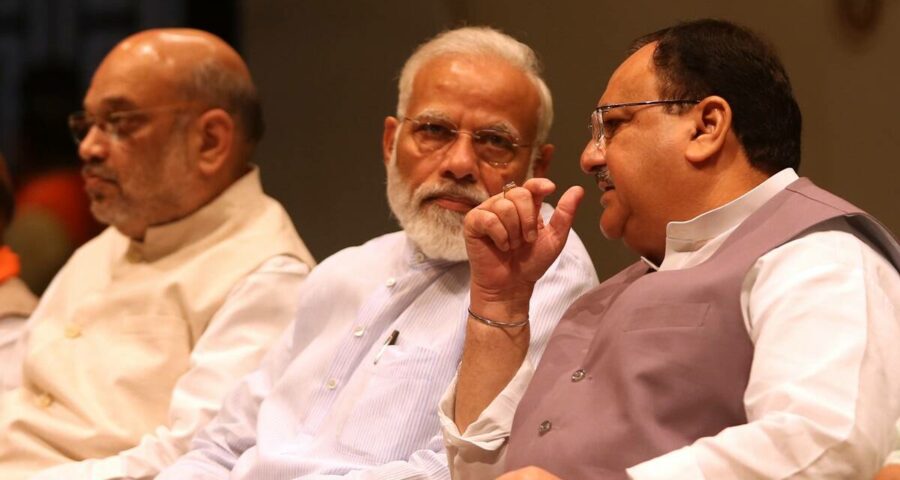 In the backdrop of the recent bye-elections that gave a mixed results to the party, the apex policy-making body of BJP would meet Sunday to discuss the strategies for the upcoming state Assembly elections.

The leaders in the recently-revamped national executive will discuss “all relevant and important issues in the current political scenario” in the meeting, taking place for the first time after 2019 due to the Covid-19 pandemic restrictions.

Although the agenda has so far listed presidential address, condolence resolution, discussion and resolution on forthcoming Assembly elections and other current issues, forthcoming programmes and valedictory speech, a meeting of the general secretaries Saturday is expected to finalise the number and character of the resolutions that should be adopted in Sunday’s meeting.

“We will have the national executive meeting in which we will be discussing the party’s preparations for the Assembly elections next year. The party will finalise the details of the resolution tomorrow (Saturday),” BJP general secretary Arun Singh told The Indian Express.

Sources said there could be resolutions praising Prime Minister Narendra Modi for the 100-crore vaccination, the reduction in fuel taxes and also for his recent “successful foreign visits”.

According to BJP Rajya Sabha MP and national head of party’s media cell Anil Baluni, the Sunday meeting, scheduled from 10 am to 3 pm at the NDMC convention centre, would be unique. “Keeping the Covid situation in mind, the party meeting would be technology-supported, a hybrid meeting. We will have one platform in the national capital and all the state capitals will have one venue each where the state leaders who are in the national executive Council will take part in the meeting from. Everyone can be a part of the meeting with the support of technology,” Baluni said.

“All important issues in the current political scenario will be discussed,” he added.

The bye-election results, in which the party faced embarrassment in the BJP-ruled Himachal Pradesh, where it lost one Lok Sabha and three assemblies, Karnataka where the newly appointed Chief Minister Basavaraj Bommai could not win Hanagal assembly constituency that falls in his home district and the humiliating defeat of the party candidates in Rajasthan would weigh heavily in the minds of the party leadership as they discuss the strategies for the state polls coming up next year, sources said.

The BJP registered spectacular victories in the bypolls held in party-ruled Assam and Madhya Pradesh; and in Telangana, a state where the party has launched its efforts to expand its base and emerge as an alternative electoral force.

The post Covid economic situation, the government’s initiatives during the pandemic season and the farmers agitation and its impact on the electoral prospects of BJP could come up as discussion points, sources said. “The points and programmes we have discussed in the recent meeting of the national office bearers would be adopted as a part of the party’s programmes,” said a BJP leader.

With an adverse discourse on handling of the second Covid wave threatening to dent the government’s image in the country as well as abroad, the office bearers had discussed strategies to counter it, using the support of the Indian diaspora and the huge bank of Covid volunteers it created during the pandemic.

Elections in BJP-ruled Uttar Pradesh, Uttarakhand, Manipur and Goa, and Congress-ruled Punjab, are scheduled to be held early next year while Gujarat and Himachal Pradesh would vote later in 2022.