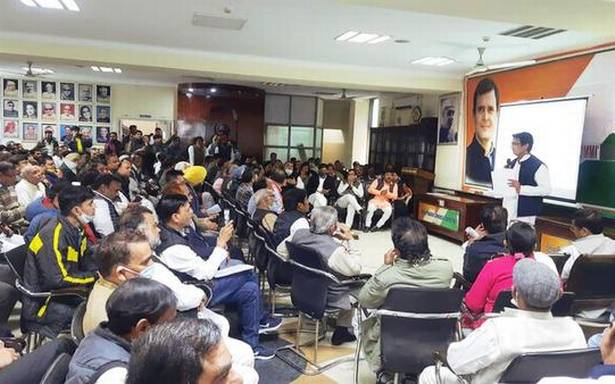 All efforts must be made to secure win, Delhi Congress tells booth-level workers

Ahead of the upcoming by-election to five municipal corporations ward, the Delhi Congress held a meeting on Sunday. The booth-level workers were told that this by-election will set the tone and tenor for the civic body general elections due in 2022 and all efforts must be made to secure a win for the party.

Delhi Congress chief Ch. Anil Kumar and AICC in-charge of Delhi Shakti Sinh Gohil told workers that they should reach out at the grass-root level and expose before the people the corruption, failures, incompetence and inaction of both the BJP and AAP governments.

Mr. Gohil said the people of Delhi have been suffering for the past seven years as the BJP and the AAP governments have only been accusing each other of corruption, administrative failures and fund misuse without providing any development.

He said Deputy Chief Minister Manish Sisodia, also the Finance Minister, was canvassing in the local body elections in Ahmedabad, which proves the party’s lop-sided priority regarding Delhi where sanitation workers had to go on strike for their salaries.