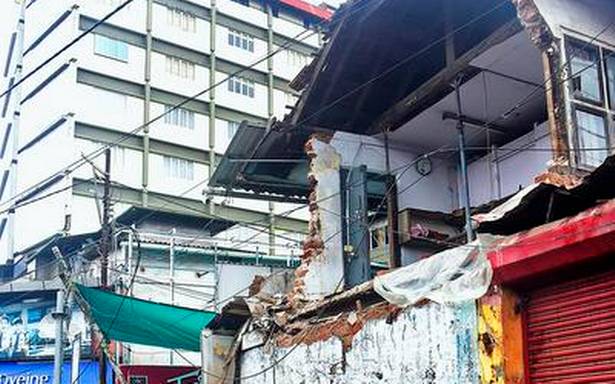 An old building near the Court Road railway gate caved in on Wednesday. No one sustained injuries in the incident which took place around 1 a.m.

The police said a tailoring unit was operational in the building which was obtained on rent nearly 20 years ago by a tenant from Kuttichira.

The building, which was in an unfit condition, collapsed following heavy rain and wind. Some of the tailoring accessories kept inside the leased space were destroyed in the incident.

Revenue Department officials said nearly 50 houses had been damaged in rain-related calamities in the district in the past seven days.

With the orange alert sounded by the India Meteorological Department, the Revenue Department authorities had called for better alert by people living in low-lying areas, river banks and landslip-prone areas.

The coastal people had also been asked to monitor the situation and contact the authorities in case of any emergency rehabilitation requirement.