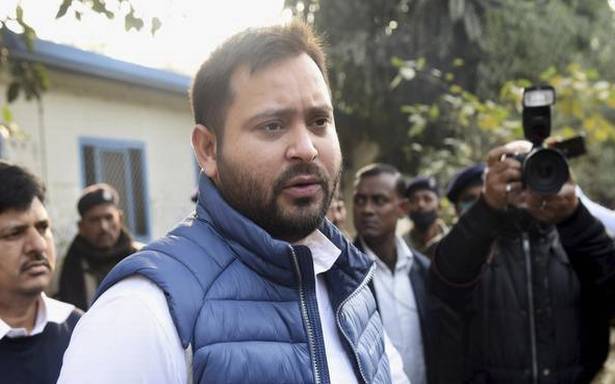 Opposition parties in Bihar on Monday slammed the Union Budget saying it focused only on selling government entities such as airports, warehouses, railways and PSUs while the ruling NDA leaders welcomed it terming it a “balanced and historic budget.”

“The Finance Minister has allocated funds for poll-bound States like West Bengal, Assam, Tamil Nadu and Kerala but nothing was announced for a poor State like Bihar. The budget focused only on selling government entities like airports, warehouses, railways and public sector units,” opposition leader Tejashwi Yadav told media persons. He reminded the ruling NDA’s poll promise in Bihar and asked, “how can their poll promise of providing 19 lakh jobs to unemployed youths be achieved with a budget like this?”

Senior State Congress leader and party MLC Prem Chandra Mishra said there was “nothing for Bihar in the budget. It was a disappointing budget.” Jan Adhikar Party-Loktantrik chief and former MP Rajesh Ranjan alias Pappu Yadav too echoed the same and said “the budget has not addressed the job scarcity among the youth of the country.”

However, Chief Minister Nitish Kumar termed it a balanced budget and everyone would benefit from it. State BJP president Sanjay Jaiswal said, “it was a historic budget and another step towards making of Atmanirbhar Bharat [self-reliant India].”