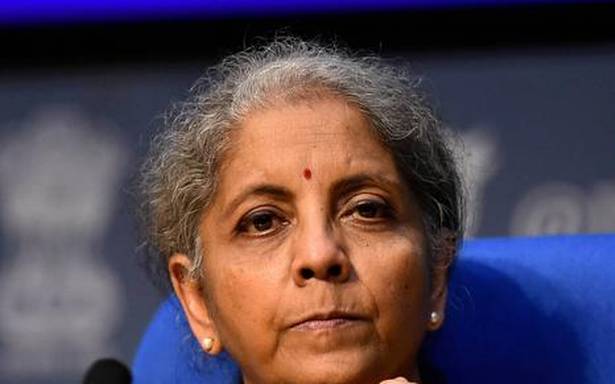 In the current fiscal 2020-21, the government has made ₹20,000 crore provision for PSBs recapitalisation.

The Union Budget 2021-22 strikes a right balance to boost health infrastructure as well as support the COVID-19-hit economy as there has been a push for more spending, bankers said on Monday.

Unveiling the Union Budget 2021-22, that was for the first time came in a digital format, Finance Minister Nirmala Sitharaman announced capital infusion of ₹20,000 crore into public sector banks in order to meet the regulatory norms.

In the current fiscal 2020-21, the government has made ₹20,000 crore provision for PSBs recapitalisation.

The Minister also proposed to double the country’s healthcare spending, imposition of agricultural cess on certain imported items as well as raise in import duties on items ranging from cotton to electronics.

“To further consolidate the financial capacity of PSBs, further recapitalisation of ₹20,000 crore is proposed in 2021-22,” she said while presenting the Budget 2021-22 in the Lok Sabha.

During 2019-20, the government had proposed a ₹70,000-crore capital infusion into PSBs to boost credit for a strong impetus to the economy.

“The Budget rightly strikes a reasonable balance between addressing the key pillars of health and well being, inclusive development, human capital, innovation and R&D, apart from laying the path for a robust economy by providing a major infrastructure boost.”

“The array of measures announced are in line with people as well as market expectations and will go a long way to bring the nation back on track by boosting spending on infrastructure and rural development while fighting the pandemic through health focussed measures,” S.S. Mallikarjuna Rao, MD & CEO, Punjab National Bank said.

As far as the financial sector is concerned, further recapitalisation of ₹20,000 crore for PSBs in FY2021-22 is a welcome step, he said.

Chandra Shekhar Ghosh, Managing Director and Chief Executive Officer of Bandhan Bank, said the government has prioritised spending on growth at this stage, in the hope that such growth would help manage the fiscal deficit subsequently.

“A substantial increase announced in the expenditure on healthcare and infrastructure will help boost economic growth, including the MSME sector and generate employment. Overall, it was a growth-centric Budget aimed at securing India’s long-term economic interest,” Mr. Ghosh said.

Union Budget announcements feature bold initiatives and a strong resolve to pump prime Indian economy. The most fearless and progressive announcement relates to consciously going for fiscal slippage and in that bid, fast forward the V-shaped recovery in a broad-based manner, said A.K. Das, Managing Director & CEO of Bank of India.

“It is encouraging to see the FM target policy reforms and boost capital infusion into the infrastructure, SME and start-up sectors recognising them as engines of growth in the post-pandemic revival. The thrust on digital payments, e-resolution of tax related disputes and the first virtual census also underlines the Government’s focus and continued thrust on digital infrastructure.”