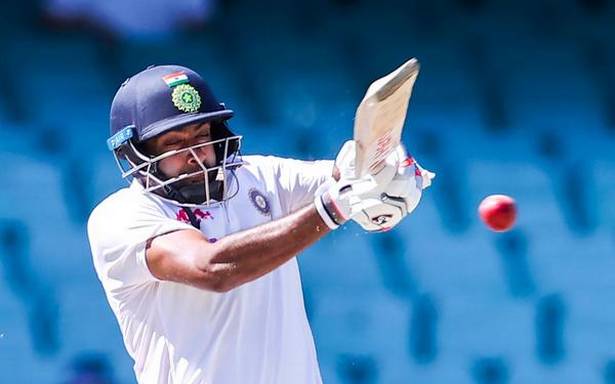 The off spinner’s heroic batting at Sydney Cricket Ground, and his wife’s comments, floor Twitter

At the end of the historic draw that India achieved at the Sydney Cricket Ground on Monday, Chennai’s own lad Ravichandran Ashwin showed the world what he could do with the bat.

One of the greatest off spinners to have played the game after Muralitharan, Ashwin playing alongside Hanuma Vihari, negotiated the pace bowlers of Australia and Nathan Lyon, and the sledging throughout the last session, to draw the test match, another historic one that will be remembered for posterity.

If many knew Vihari suffered a hamstring injury, not many knew about Ashwin’s injury. His wife Prithi Ashwin tweeted: The man went to bed last night with a terrible back tweak and in unbelievable pain. He could not stand up straight when he woke up this morning. Could not bend down to tie his shoe laces. I am amazed at what @ashwinravi99 pulled off today. Of course, Ashwin did reply to the tweet: Instant tears!! Thanks for being there with me through all this.

Earlier in the day Prithi had tweeted: Nobody move. I have stayed put in the same spot for hours with 2 kids. You can do it for 1 more hour. Go India! Only to tweet back to her at the end of the match: Well played all of us.

Probably when he was hit on the ribs, she tweeted: Vaangikko (Take it). Also, she was wondering if Ashwin had told Vihari, who was in total pain, “Aadu Mama Aadu.” (Play my friend play). When the Australian captain Tim Paine was sledging, she tweeted: Just Imagine it is Aadhya crying non stop at 3 am and ignore.

Thanking his well wishers, Ashwin tweeted later in the evening. Doesn’t matter if you are bruised and battered, just hang in there and you will have an opportunity to fight another day!! Test cricket teaches you life!! #SydneyTest. A big thanks to my team and well wishers.

The tweet for the day though was from Indian Captain Ajinkya Rahane. Bruised. Broken. But never short of character. Really happy with how the boys fought till the end. Lots to learn and improve as we look forward to Brisbane now.

Now, back to Prithi Ashwin’s tweeting. Who will help me pack now. #thatthatmanthatthatproblem.