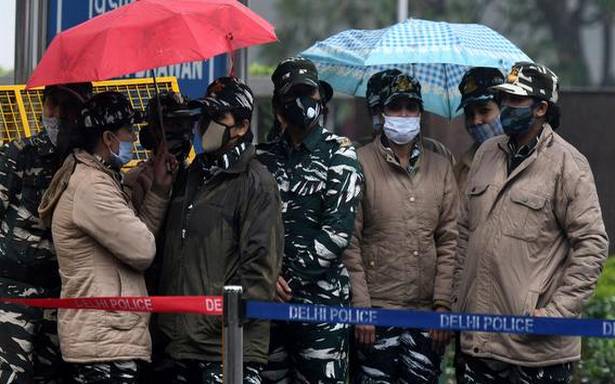 After days of ‘severe’ and ‘very poor’ air quality, Delhi and Noida improved to the ‘moderate’ category and Gurugram to ‘satisfactory’ level on Monday, as rains washed away pollutants, according to the Central Pollution Control Board (CPCB) data.

The national capital received light rain for the second consecutive day on Monday.

Clouds trap some of the outgoing infrared radiation and radiate it back downward, warming the ground.

The IMD said moderate rain and thunderstorm are likely on Tuesday too.

Earlier in the day, fog lowered visibility to 50 metres at Safdarjung and 150 metres at Palam around 7.30 a.m.

The last time the national capital’s AQI was in the ‘moderate’ category was on December 14.

“Rain lashed many places over Delhi region leading to a clean environment. Under the influence of an active western disturbance, a wet spell with widespread precipitation is likely to continue on Tuesday and Wednesday,” SAFAR said.

The “mixing layer height”, which is the height from the ground level up to which pollutants can be dispersed, was “moderate” on Saturday. This led to lesser accumulation of pollutants near the surface.