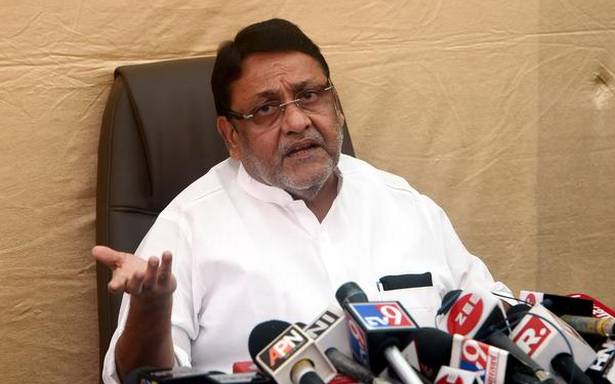 The Minister must verify before making such comments, it says

A single Bench of Justice Madhav Jamdar was hearing a defamation suit filed by Mr. Wankhede’s father, Dhyandev, who sought ₹1.25 crore in damages for making defamatory statements. The petition mentioned that Mr. Malik had leaked a purported birth certificate of his son on Twitter that allegedly stated that he was a Muslim.

The court said, “Although plaintiff [Mr. Wankhede] has right to privacy, the defendant [Mr. Malik] has right to freedom of speech and expression, there has to be balancing of fundamental rights. Whether the tweets made contain allegations pertaining to discharge of official functions? Whether the publications prove to be false? Whether there was reasonable verification of facts? These aspects show that defendants has not taken due care, and serious allegations are made against Mr. Wankhede,” the court noted.

The court added, “Right to privacy is implicit in the right to life and liberty. Public have right to comment on the life of public officer, but that has to be done with reasonable verification. These are only prima facie observations. The defendants have raised pertinent issues against the plaintiff. At prima facie stage, it cannot be said that allegations are totally false.”

It appeared that Mr. Malik’s statements were “actuated by malice and animosity”. However, “relief cannot be granted at this stage, but then the defendant should conduct sufficient verification of documents before publishing documents henceforth,” the court concluded.