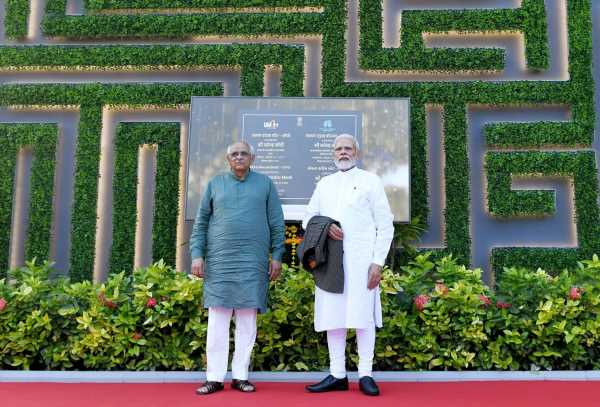 The recent bridge collapse in Morbi in which 135 people were killed may have an impact on BJP’s electoral fortunes.

The Bharatiya Janata Party will battle anti-incumbency and slug it out with traditional rival Congress and aggressive new player Aam Aadmi Party in the next month’s high-octane assembly elections in Gujarat.

After winning Gujarat for a record six times in a row since 1995, here is a SWOT (Strengths, Weaknesses, Opportunities, Threats) analysis of the BJP in the home state of Prime Minister Narendra Modi and Home Minister Amit Shah.

– The BJP is banking on its outreach to the Patidars after facing the community’s ire in the 2017 polls over the quota agitation. Its decision to make Bhupendra Patel chief minister in September last year and bring the quota stir spearhead Hardik Patel into its fold may work in the party’s favour.

– The Gujarat unit of the BJP has a formidable organisational setup till the booth level.

– The ruling party is counting on the plank of Hindutva, development and “double engine” growth. Home Minister Shah, considered a master strategist, has been overseeing the preparations.

– The BJP lacks a strong local leader who can fill Prime Minister Modi’s shoes. Gujarat had three chief ministers including the incumbent Bhupendra Patel since 2014 after Modi became prime minister. Modi was chief minister for 13 years.

– Besides facing allegations of corruption in the state levelled by the AAP and Congress, the party may face heat on issues like inflation, unemployment and economic distress.

– AAP’s aggressive campaign has sought to pick holes in the state’s education system and health infrastructure.

– A weak opposition could present the BJP with a chance to win seven Assembly elections in a row and match the CPI-M-led Left Front’s feat in West Bengal.

– The main opposition Congress appears to be missing from the campaign with party leaders apparently preoccupied with Rahul Gandhi’s Bharat Jodo Yatra.

– If the BJP is able to halt AAP’s march in Gujarat by restricting it to less than five seats in the 182-member Assembly, it has a chance to limit the Arvind Kejriwal-led party’s ambitions to emerge as the main challenger at the national level.

– The recent bridge collapse in Morbi in which 135 people were killed may have an impact on BJP’s electoral fortunes.

– Infighting within BJP has largely been kept under wraps due to strong central leadership, but a defeat may see the fissures come out in the open.

– In the event of a hung assembly, the ruling party may find it difficult to find an ally to cobble a majority.