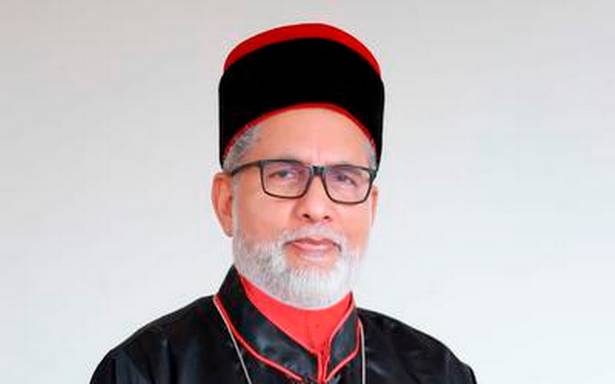 The Bishop sought to raise the pitch against pseudo secularism, which he said, “will destroy the country”.

Weeks after his controversial remarks accusing a section of the muslim community of targeting Christians , Mar Joseph Kallarangatt, the Bishop of the Pala diocese of Syro-Malabar Catholic Church on Saturday broke his silence with a scathing attack on the pseudo secularists

In an article titled `Don’t stay silent when there is a to speak out’ , published in Deepika, the official mouth-piece of the church, the Bishop came down heavily on the perceived attempts to suppress the voices that point out the evils within a community.

“Those who insist that one should not talk about the evils that befall his own community, are silently encouraging such things to flourish. Instead of ignoring the warnings issued against such social evils, attempts should be made to discuss and study these issues to prevent their further occurrence ”, noted the Bishop.

While noting that the concept secularism is the core of India, the Bishop also sought to raise the pitch against pseudo secularism, which he said, “will destroy the country".

"Secularism is at the core of our constitution. The religious community and the secular community must learn to live together. The essence of Indian secularism is the respect towards all religions," he said.

But at the same time, he also sought to raise concerns over the ways secularism would pave the way for religious extremism. " From the growth of conservative racist movements in the West, we should learn how secularism gives birth to extremism. The situation of India too will not be different if we fail to accept Indian secularism in its true sense," wrote the bishop

According to him, the concern that exists today is whether we will reach a communally polarised Kerala by traversing through the route of secularism.

The Bishop also paid his tributes to the life and message of the Father of the Nation and noted that Mahatma Gandhi’s teachings were essential for the existence of the country and its meaningful secularism.

The Bishop’s remarks on jihad, made during an address on the Eight day lent of Mary, had triggered a furore in the state.