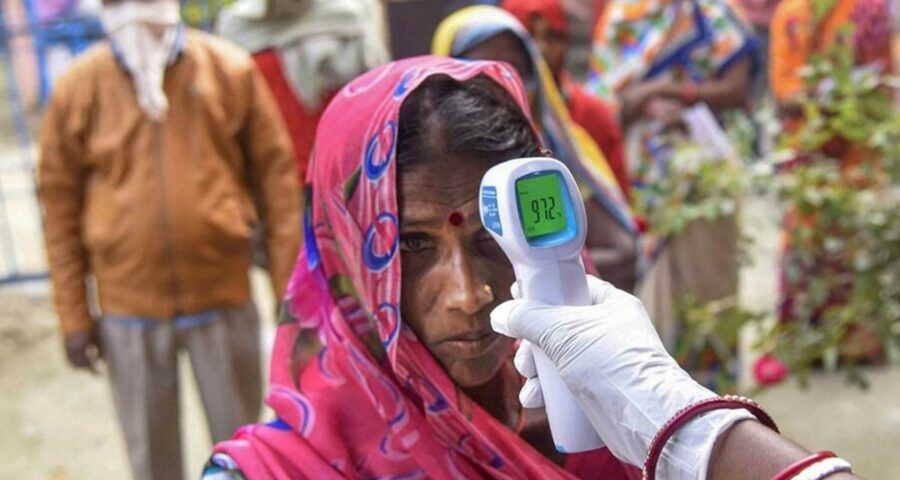 Despite the pandemic, Bihar saw a good voter turnout and recorded polling of over 57 per cent. More than seven crore single-use gloves, over seven lakh units of hand sanitisers, and about six lakh PPE kits were procured for the polls. As headmaster of a primary school in Mohanganj in Tarapur Block in Bihar’s Munger district, election duty was a part of the job for Raj Kumar Singh, 54. But when he received the call for the Assembly elections last year — India’s first during the pandemic — he was worried. There were 40 cases reported in Tarapur alone, and Munger was a Covid-19 hotspot in the state.

“Two members of my family who lived in Gurgaon had tested positive and their experience was quite bitter. My grand-daughter had come to stay with us. My wife was apprehensive about me taking up the job, but I had to do it,” says Singh.

Singh’s three-day training spread over three weeks began in late September, a month before the first phase of the polls on October 28. “When I returned home from training, apart from having a bath, I had to sanitise every small item that I had on me, my pen, spectacles… I was staying in a separate room, and couldn’t meet my five-year-old grand-daughter,” he recalls.

On October 26, two days before polling, Singh reported to work. He was appointed presiding officer of Pir Pahad booth under Munger seat. “There were three other people to assist me. I was given four bottles of sanitisers, a thermal screening machine and a bundle of gloves,” he says.

He also came prepared from home. “I took bhuja (a dry snack of beaten rice) and water bottles from home. I also bought some biscuit packets and sanitised its cover,” says Singh, who has been working as a teacher for 30 years.

By 6.30 am on polling day, voters queued up outside the booth, and the five policemen at the polling station struggled to ensure social distancing. “But everyone understood the protocol soon. We checked people’s temperature, gave them gloves,” he says. 522 people voted at the booth.

“Since Munger had over 100 Covid-19 cases at the time, I was worried during polling. However, none of the voters at my booth had a high temperature. It was a big relief for us,” says Singh.

Despite the pandemic, Bihar saw a good voter turnout and recorded polling of over 57 per cent. More than seven crore single-use gloves, over seven lakh units of hand sanitisers, and about six lakh PPE kits were procured for the polls.

At midnight on October 28, Singh and his team completed their assignment, surviving on dry snacks for three days. And when he returned home a day later, there was still work to be done. “I had to clean and sanitise everything… I isolated myself for three days. And finally, when I showed no symptoms and stepped out, there were rasgullas to welcome me,” he smiles, adding, “And, I could finally meet and hug my grand-daughter… It was the toughest assignment of my career. When it ended, I felt like I had won a trophy.”