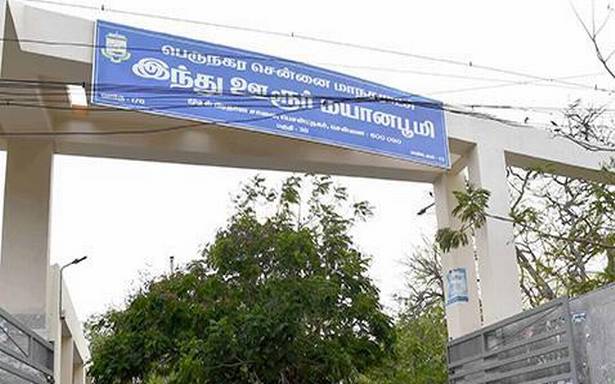 Booking from tomorrow; renovation taken up one year early

The Besant Nagar crematorium, one of the city’s much sought after place for performing the last rites, is undergoing renovation. One of the oldest electrified crematoriums managed by the Greater Chennai Corporation, the burial ground located close to the Elliots Beach would be available for booking from Monday after the renovation work is completed, according to sources.

Sources in the civic body said although regular small maintenance work was carried out, the large number of deaths caused by the COVID-19 pandemic had hastened the need to take up renovation work earlier than the normal gap of about six years.

A senior official of the Corporation said the renovation, which was last done five years ago, has been taken up with an estimate of ₹43 lakh. The refurbishment work involved changing of two burner beds, replacing the old chimney, construction of scaffolding, and changing the burners and scrubbers. The civic body has taken up minor renovation activities in more than six crematoriums, including Besant Nagar, at a cost of ₹1.38 crore where the shrubs were removed, a new coat of painting given and damaged mechanisms repaired.

The civic body maintains crematoriums at 37 locations housing 41 units in the city, including those added in the extended areas.

A senior official of the civic body said there was a proposal for completely revamping 11 units of crematoriums for ₹23.30 crore had been allocated. Already, tenders have been called for renovating six units at a cost of ₹13.80 crore. However due to the model code of conduct being in place for the civic polls, the work had been kept pending, the official added. The civic body has identified that crematoriums fitted with LPG burners are sworking efficiently than the electrified or bio ones. It now plans to convert all the units into gas crematoriums in phases.