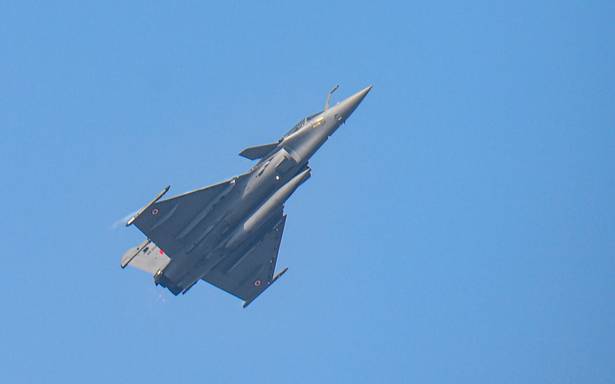 Modules produced in India are integrated with RBE2 radar in France

As part of the offset commitments under the Rafale deal, Bharat Electronics Limited (BEL) has manufactured and delivered Transmit and Receive modules (T/R) for the Advanced Electronic Scanned Array (AESA) radar on the jet, said Thales of France on Wednesday.

“In November 2020, the first RBE2 AESA radar with a front end manufactured by BEL in India was delivered by Thales to Dassault Aviation. BEL implemented a set of rigorous processes at its Bangalore facility in order to achieve this key milestone,” the statement at Aero India said.

India has contracted 36 Rafale jets in fly-away condition under a€7.87 billion Inter-Governmental Agreement signed with France in September 2016. It has a 50% offset clause to be discharged by French companies in India.

The T/R modules are key to the RBE2 radar’s active electronic scanning performance, enabling it to steer the radar beam with the speed of an electronic chip.

Initiated at the end of 2017, the transfer of technology to BEL had included validation of the company’s technical capacity to deliver prototypes, qualify the various technologies involved in the wiring process, set up a dedicated SMC wiring production line with a preproduction run, train BEL engineers in France and install test benches for microwave characterisation at the BEL facility, Thales said.

The modules produced in India are then integrated with the RBE2 radar in France.

“We’re delighted to see our collaboration with BEL delivering results, with the radar transmit/receive modules for the Rafale India programme being produced in Bangalore in line with the Make in India policy. The Thales teams are fully mobilised alongside our partners Dassault Aviation in France and BEL in India,” said Emmanuel De Roquefeuil, Vice President and Country director, Thales in India.