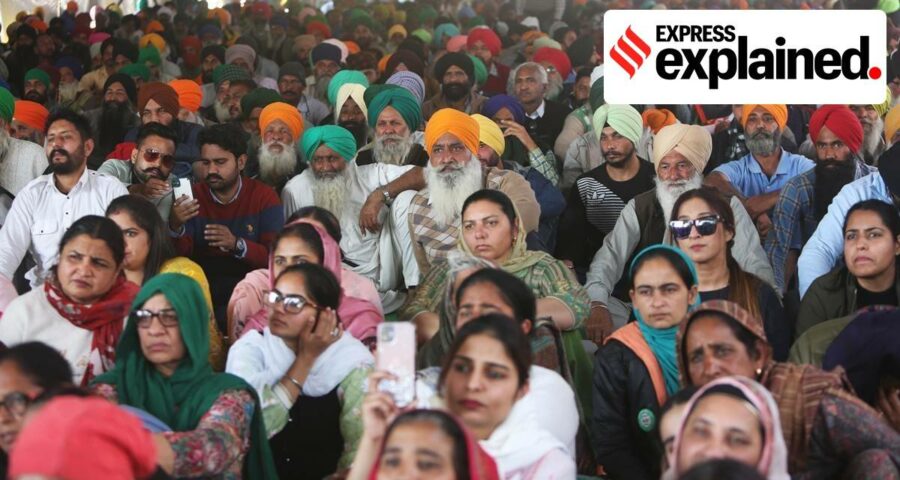 The movement however, is very much alive. Mass mobilisation is ongoing in Punjab to send in reinforcements to Delhi, and the protest is expected to emerge even stronger than before. The Indian Express explains how the movement took a new turn 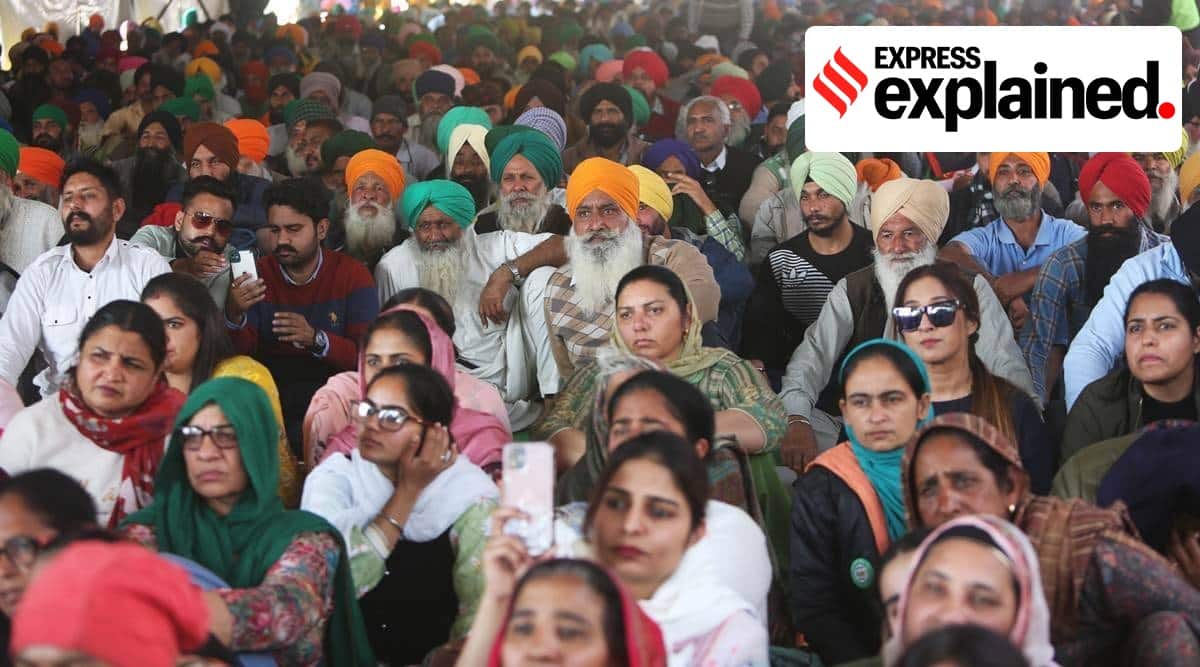 FOLLOWING THE Red Fort incident, humiliation, demoralisation and defeat were writ large on the faces of not only the protesting farmers who have been braving the harsh cold for two months on Delhi borders, but also their supporters from different walks of life. Many detractors started saying they had been proven right, while calling it a move backed by Khalistanis. Meanwhile, Delhi and UP police started pressuring protesters sitting at the Delhi border to abandon their cause. Disheartened, many have started retreating from the protest site assuming that it is all over.

The movement however, is very much alive. Mass mobilisation is ongoing in Punjab to send in reinforcements to Delhi, and the protest is expected to emerge even stronger than before. The Indian Express explains how the movement took a new turn:

What led to the mass mobilisation of protesters to Delhi after the demoralisation following the ‘Lal Qila’ incident?

While the emotional appeal of UP farm leader Rakesh Tikait mobilised thousands of farmers, the movement being branded as “anti-national” and some sections referring to the protesters as “terrorists” dealt a sharp blow to the sentiments of the people of Punjab. What also did not go down well with them was the terming of ‘Nishan Sahib’ (religious flag of Sikhs), which was hoisted at Lal Qila, as the flag of Khalistan. As a result, the sentiment of sympathy for farmers has grown significantly.

“When there is no country called Khalistan then how will such a flag exist? Nishan Sahib was on the Punjab tableau which was presented during the Republic Day parade the same day,” said Narinder Singh, a teacher.

“We are against what happened at Red Fort but false propaganda against Punjabis was taken as an insult and now everyone irrespective of their religion wants to participate physically in this movement and go to Delhi,” said Kewal Krishan, a social worker from Mukerian.

Farm leader Satnam Singh Sahni said, “Before Republic Day, when the dharna was going on at Delhi border for the past two months peacefully, even then people from all walks of life were visiting in big numbers to express their solidarity. But now this number has increased manifold and majority of common people are going to stay put there with protesting farmers.”

Who are the people behind this mass mobilisation now?

Not just leaders and members of various farm and other unions, the common man is also getting involved now. “In our Nakodar town, we the people from every community and occupation took out a march and supported the protest. We will go to Delhi too in the coming week,” said

Nikhil Sharma, a shopkeeper, adding that now it is the matter of honour of every Punjabi who is being seen in bad light.

“Now people want to tell the world that Punjabis have been protesting peacefully for the past seven months in Punjab and now in Delhi and not a single incident of violence took place. Farmers of Punjab cannot be judged in light of the unfortunate Red Fort incident by some,” said farm expert Professor Kesar Singh Bhangu. 📣 Express Explained is now on Telegram. Click here to join our channel (@ieexplained) and stay updated with the latest

Back home, families of the protesters have told the latter not to return “till they win”.

“When we started our return journey after tractor parade, our mothers back home asked us either to come back victorious or stay back there. We took a U-turn and went back to the protest site,” said Manpreet Singh from Nawanshahr, who has been participating regularly at Singhu border protests.

“We cannot lose this morcha and if our men will come back from there, we will go to Singhu,” said Sunita Rani, a woman from Udhowal, who is also part of a protesters’ group.

What role is the social media playing?

A tale 40 muktas (40 martyrs) from Sikh religious history was shared widely on social media to motivate the demoralised youth following the tractor parade.

“This tale motivated delmoralised protesters and they returned to the sites. It happened with us also when we decided to return on January 27. One appeal from the stage at Singhu border changed our thought immediately and we decided to stay put here for some more days,” said Surjit Kaur.

According to the tale of the 40 Muktas, during Guru Gobind Singh’s battle in Anandpur during the winter of 1705, when hardships of the besieged Sikhs increased, a few Sikhs wavered in their resolution and asked the Guru’s permission to leave the fort. The Guru told them that they could go if they were prepared to disown him. A few of them, it is said, recorded a statement disowning him and left. This statement was called ‘bedava’. As Sikhs who had deserted Guru Gobind Singh reached their homes, the women accused them of pusillanimity, and rebuked them for betraying their Guru when he needed them. They offered to take up arms and go instead if the men would not rejoin the Guru. One of the women, Mai (mother) Bhago, of the village of Jhabal put on a warrior’s costume and weapons and exhorted them to follow her if they still had honour left. Filled with remorse, the 40 deserters with Mai Bhago returned to seek out Guru Gobind Singh, and joined him while Guru was preparing for battle against the Mughals. They fought the Mughals and died in the following battle. The Guru forgave them and blessed them for their service. The place was later renamed Muktsar, which means ‘The Pool of Liberation’. Mai Bhago survived the battle and stayed on with Guru Gobind Singh Ji as one of his bodyguards. The Mela Maghi is held at the holy city of Muktsar Sahib every year in memory of the 40 Sikh martyrs.