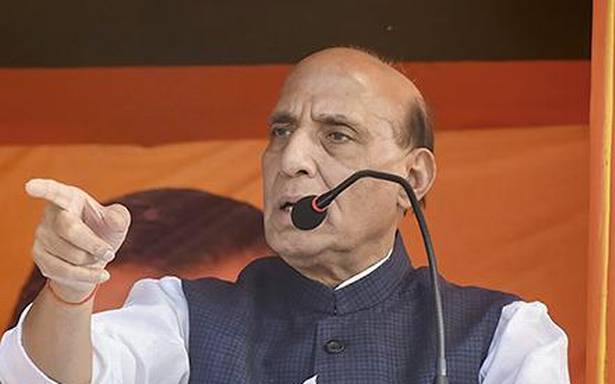 India never wanted conflict with any nation and preferred to maintain peace and friendly ties with its neighbours, says Rajnath Singh

India does not want a war but its soldiers are capable of giving befitting reply if any ‘superpower’ hurts the country’s pride, Defence Minister Rajnath Singh said on Thursday amid the eight-month-old border standoff with China.

“We don’t want war and we are in favour of protecting everyone’s security but I want to say this in clear terms that if any superpower wants to hurt our pride then our soldiers are capable of giving them a befitting reply,” Mr. Singh said.

The Defence minister insisted that India never wanted conflict with any nation and preferred to maintain peace and friendly ties with its neighbours.

“It always wanted peace and friendly ties with its neighbours because it’s in our blood and culture,” he said at the fifth Armed Forces Veterans’ Day at the Headquarters Training Command of the Indian Air Force in Bengaluru.

Referring to the standoff with China, he said the Indian soldiers displayed exemplary courage and patience and if that can be narrated then every Indian will feel proud.