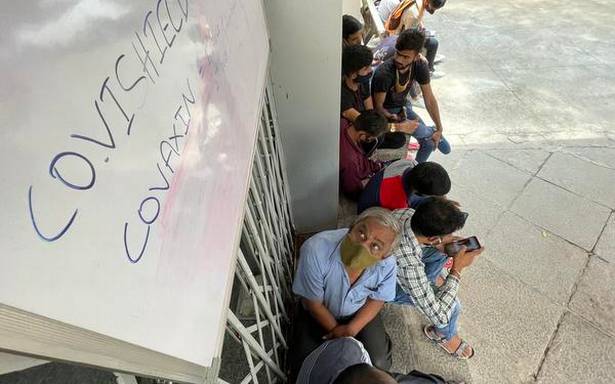 Civic health workers and officials have started to observe an inexplicable trend: many people who received their first shot of the COVID-19 vaccine seem to be either reluctant to take the second dose, or are delaying it. In an attempt to nip this problem in the bud, the BBMP is resorting to making calls to citizens to remind them to get their shot in time.

BBMP Chief Commissioner Gaurav Gupta said that though vaccine coverage in the city has been a big achievement, there is a need to improve it further. “There is a 12-week gap between the first and second dose. Some people, who are eligible for the second dose, are not coming forward. To overcome this, the BBMP’s call centre and the 141 PHCs are calling eligible persons and urging them to get their second shot,” he said.

Responding to a question on vaccine mandates that is in place in a few countries across the world, including the U.S. and Singapore, Mr. Gupta explained that in these countries, only the vaccinated population is allowed in public places, while those unvaccinated have restrictions. “There has been no discussion on introducing such vaccine mandates here,” he said.

He, however, said the number of COVID-19 positive cases was averaging around 140 a day. “The numbers should decrease further and citizens must follow COVID-19 appropriate behaviour. Those who develop symptoms should get tested. We have good medical infrastructure in place,” he added.

With intermittent rain, the BBMP is also gearing up to tackle the vector-borne disease dengue, which is spread through the bite of an infected Aedes aegypti mosquito. The mosquito can be recognised by the white marking on its legs and breeds only in stagnant, fresh water.

“The BBMP is also taking up several measures to check the spread of the disease,” said Mr. Gupta.