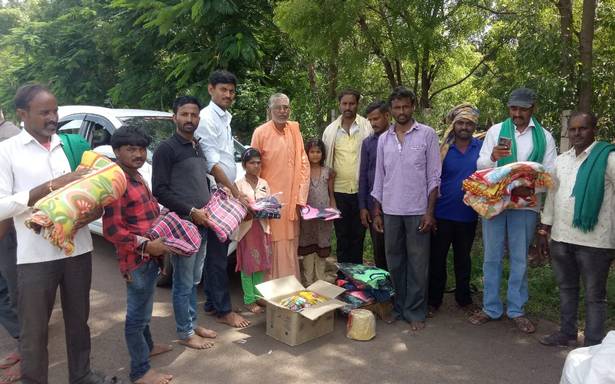 The 54-year-seer collapsed in his chair during his address to an audience on his birthday. Other swamis and dignitaries on the dias tried to help by shifting him to a hospital. But he was declared brought dead at the Gokak hospital. Doctors said that he had suffered a severe heart attack.

A 10-second clip of him stopping for a brief moment before collapsing in his chair, was shared widely on social media. The video clip was captured by a devotee.