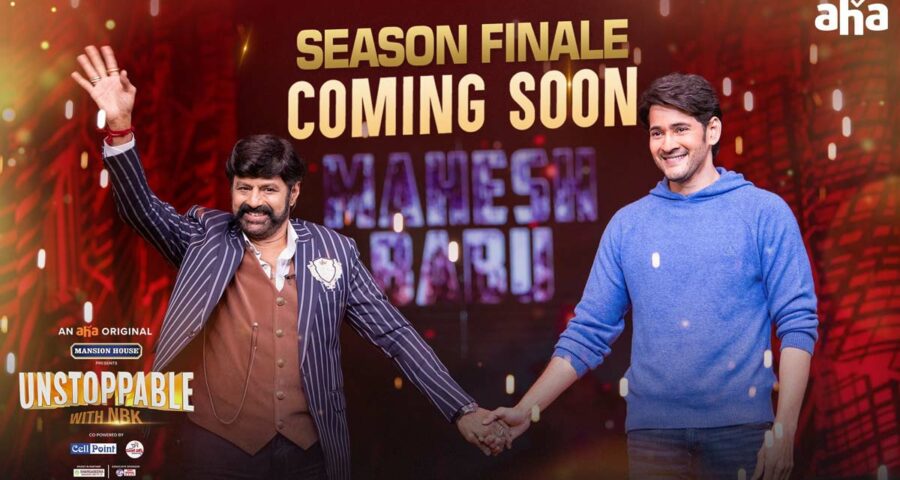 Telugu superstar Mahesh Babu never misses a chance to entertain fans.  Now according to the latest report, Bharat Ane Nenu and Maharshi fame Mahesh Babu will soon appear in Nandamuri Balakrishna’s recently launched OTT talk show ‘Unstoppable with NBK’. Today evening the makers of Unstoppable with NBK confirmed the same by sharing a post on official twitter handle. It will be last episode of the talk show.

Mahesh Babu has already shot  for the talk show.  And this is the first time  Superstar with be seen with Balayya Babu in a talk show.

It is known that Balakrishna made his OTT debut with this talk show. The first episode of Unstoppable with NBK featured Mohan Babu, Manchu Vishnu, and Manchu Lakshmi , that had created a lot of buzz on social media.  Natural star Nani has appeared on the show  on the show.

On the work front, Nandamuri Balakrishna, who is basking in the success  his recently released movie Akhanda, helmed by Boyapati Srinu, in which he shared the screen space with Pragya Jaiswal. He  will next be seen in director Gopichand Malineni’s actioner drama. Meanwhile Mahesh Babu who is currently working with  Parasuram for the movie Sarkaru Vaari Paata, will soon join the sets of his next under the direction of Rajamouli.