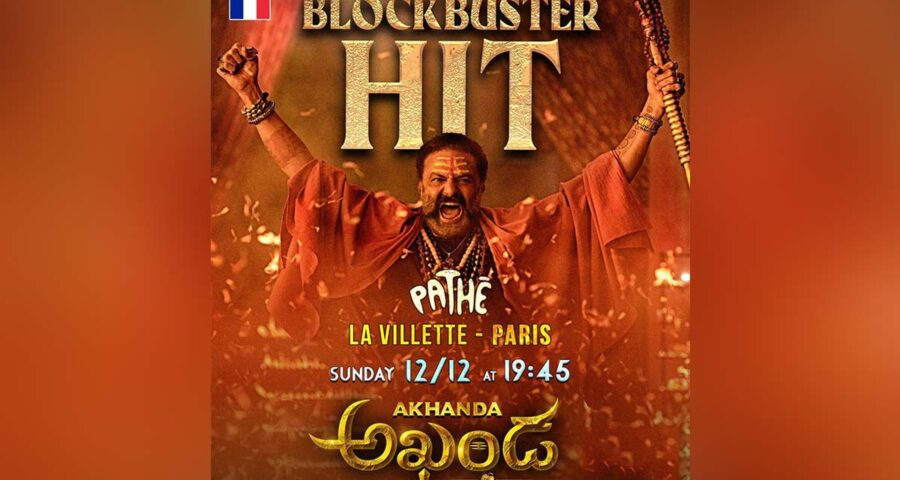 Nandamuri Balakrishna starrer action thriller drama Akhanda which was released on 2nd December, is winning the hearts of the movie lovers. The movie has entered the 80 crore club in just five days.  Though on its release day, Akhanda received mixed response by the movie lovers and the critics, the collections of the movie are fantastic. Besides the dream run at the box office, Akhanda had recorded the pre-release business of Rs 53 Cr. Now  the makers of the film have planned a special show of Balakrishna starrer Akhanda for the Telugu audiences residing in Paris.

Akhanda, which is  helmed by Boyapati Srinu, will be screened at Pathé La Villette cinema in Paris at 07:45 PM (local time). The bookings are now open for the special screening.

This is the first time, Balakrishna is sharing the screen space with Pragya Jaiswal in this actioner which has Srikanth  in the role of villain. Apart from them, the movie also has Jagapathi Babu and Poorna in the supporting roles.  With Akhanda, Balakrishna and Boyapati Srinu scored a hat trick after Simha and Legend.

Akhanda is bankrolled by Miryala Ravinder Reddy, the music of the movie is composed by Thaman S.