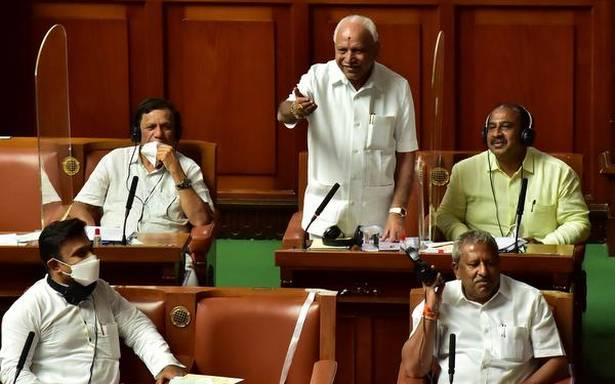 The award was instituted by the Karnataka Legislative Assembly

Former chief minister and eight-time MLA B. S. Yediyurappa was presented the Best Legislator of the Year award, instituted by the Karnataka Legislative Assembly, on September 24.

Mr. Kageri said the award would henceforth be presented every year. A legislator can get the award once in a lifetime, he explained.