When it snows at India’s last outpost
Location: Pithoragarh

The Darma Valley in Pithoragarh.

When it snows there, Nature can charm you into forgetting that it is India’s last outpost near the China border in Uttarakhand.

In the battle of the spotted cats, which species do you think won?

How safe should you feel on a driverless train?

Pretty safe, thinks the Chennai Metro, where work for phase II — which will introduce this concept — is progressing at a fast pace.

“There won’t be any drivers; trains will run on signals.”

Want to know what the Indian Air Force’s C-130J can do?

Sara Ali Khan can carry off any outfit, be it Indian wear, Western wear, formals, casuals… even playful shorts. 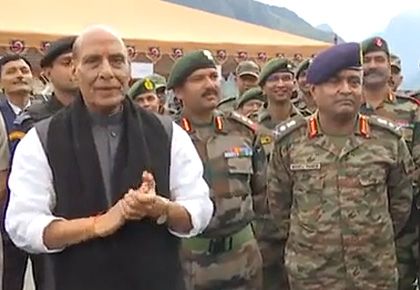