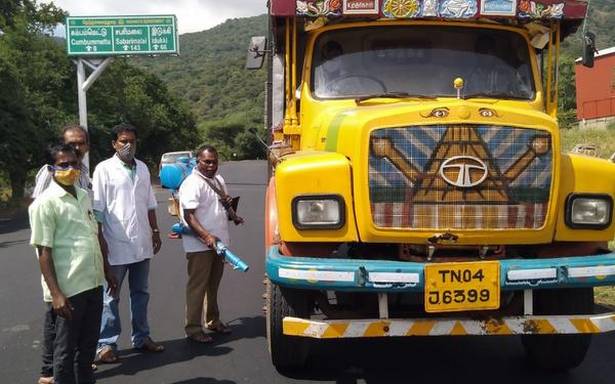 Since Theni district has borders with Kerala where Avian influenza has been identified, screening of vehicles at check posts at Kumili, Bodi Mettu and Cumbum Mettu have been intensified. Vehicles transporting essential commodities would be thoroughly checked round-the-clock.

Though Avian influenza may not directly affect human beings, the campaign to keep the surroundings clean would be stepped up from Monday as a precautionary measure. Transport of poultry has to be certified by the authorities concerned and the staff at check posts have been sensitised in this regard, officials said and added that vehicles entering from Kerala would be disinfected.

Poultry farms in the district have been brought under strict surveillance. Persons handling them have been told to be safe until further orders. Restaurants would be screened by the Health and FSSAI officials.