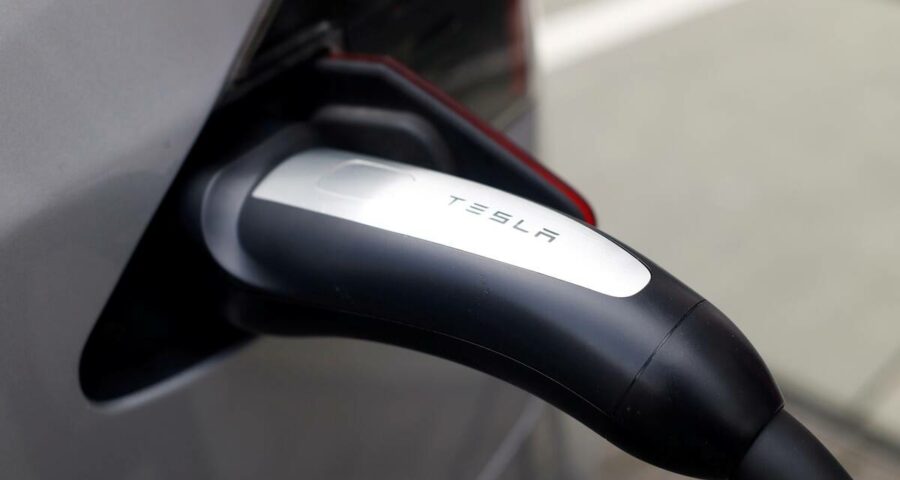 Tesla’s market cap: On Monday, the stock of Tesla Inc had surged 12.66 per cent to end at $1,024.86 apiece on the NASDAQ index after it landed with its biggest-ever order from rental car company Hertz. Its market cap stood at over $1.02 trillion. Tesla founder and CEO Elon Musk’s net worth too soared $36.2 billion to $289 billion, extending his lead at the top of the table of billionaires, ahead of Amazon Inc’s founder Jeff Bezos, according to the Bloomberg Billionaires Index.

Monday, the stock of the electric automaker surged 12.66 per cent to end at $1,024.86 apiece on the NASDAQ index after it landed with its biggest-ever order from rental car company Hertz. Its market cap stood at over $1.02 trillion.

Hertz placed an order of as many as 100,000 Tesla vehicles by the end of 2022, suggesting that electric vehicles are set to rise and dominate the mass car market in the near term.

With this, Tesla’s market cap currently stands at more than that of the five most valuable listed companies on the BSE. India’s five largest companies together have a combined market cap of Rs 51,89,897.02 crore ($692.35 billion) as of Tuesday’s end of trade, data available on the BSE showed.

“With the $1 Trillion valuation, Tesla is now more valuable than the other 9 biggest listed carmakers combined. While they have a way to go to justify such a high valuation, they have done well to turn cashflow positive over the last few quarters and reduce reliance on sales of emissions credits to boost the bottom line,” said Asheesh Chanda, Founder and CEO, Kristal.AI.

“Given the continuous sales expansion of Tesla, Indian investors can look into Tesla as a tool of diversification into global assets outside of India equities. EV is currently a big trend and seems like it’ll continue to be so going forward as well. Despite the high valuation of Tesla, which it has used to even higher P/E in the past as well, Indian investors can apply dollar-cost averaging to acquire the Tesla shares at good prices and hold for medium to long term. Tesla has been the category creator in the EV space. Hence Indian investors looking to gain exposure in the segment should consider Tesla as an investment option in their portfolio,” he added.

Musk extends gain at the top

Elon Musk’s net worth too surged by $36.2 billion to $289 billion on Monday thereby extending his lead over Amazon.com Inc’s founder Jeff Bezos as the world’s richest person by $96 billion. According to the Bloomberg Billionaires Index, the Tesla and SpaceX founder’s net worth has risen by $119 billion so far this year. on the other hand, Bezos’ net worth stands at $193 billion, after slipping $751 million on Monday. The Amazon boss has added $2.35 billion so far this year.