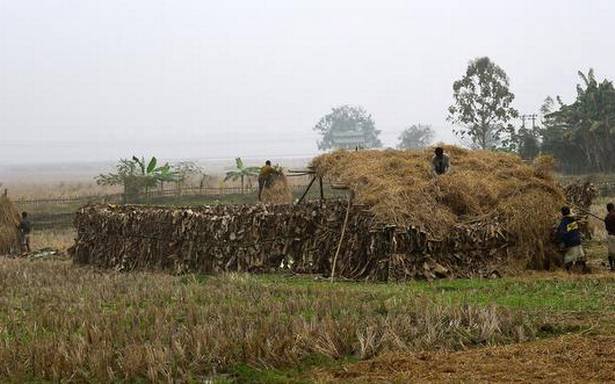 Beginning Thursday, the Assam government employees, officials and Ministers will go on special leave to spend quality time with their parents and in-laws.

The special leave sanctioned ahead of the mid-January Magh Bihu is for January 6 and 7. Along with January 8, a second Saturday, and January 9, a Sunday, each employee will get four days’ leave.

But there’s a catch. An employee will need to provide photographic proof of having spent time with their parents and in-laws to their senior officers after returning from the special “holiday”.

“The State government will open a portal to encourage our officers and staff where they can also upload their pictures with their parents or in-laws. But it is a must that the employees will have to submit the pictures to their superior officer to regularise the leave,” Assam Chief Minister Himanta Biswa Sarma said.

“We want the employees, including Ministers, IAS and IPS officers excluding the Chief Minister, Chief Secretary and DGP, to enjoy this leave,” he said.

Mr. Sarma said it would be difficult for the police personnel to avail of the special leave. But a circular has been issued for them to avail it within four months.

“From next year, we will try to give some economic compensation to our lower-ranked employees so that parents can be taken to some pilgrim or some tourist destinations. These are small ways of going back to our rich Indian culture and tradition,” the Chief Minister said.

The leave, however, is not for the members of the police battalions as they get a month’s special leave.