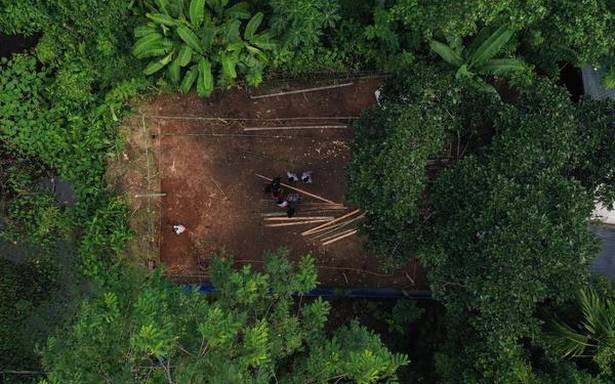 The Archaeological Survey of India (ASI) has terminated the services of PAMA Institute for the Advancement of Transdisciplinary Archaeological Sciences – a non-profit research organisation which was engaged in excavations at Pattanam and Mathilakam villages in Ernakulam and Thrissur districts.

It had been reported earlier this year that the ASI will be a prominent partner in the 11th season of excavations that resumed at the two locales. The Pattanam excavations which were launched in 2006-07 had resumed in January 2020 after a five-year hiatus.

Responding to the termination of PAMA’s services, its director P.J. Cherian said the reasons mentioned in the letter for the withdrawal of excavation license have no factual basis. "We have only used the ASI name and association in a genuine academic sense. Regarding internship fees, there is a factual error. PAMA don’t collect fees at all. We collect a registration amount meant to meet the expenses of accommodation, food and logistics."

In fact till this day PAMA has not received or accepted any external funding. The self generated funds are from the members of the trust mostly comprising retired teachers and researchers. Finally PAMA being a registered non-profit educational trust, is committed to non-profit and transparent financial transactions and accounting practices which are always open to public auditing, he added.

He claimed that the excavation that began on September 1 and the first trench has been dug upto a depth of 65 cm yielded fascinating evidence from Mediterranean, Red Sea and the Indian Ocean regions with antiquity of over 2000 years. Two dozen of researchers from different parts of India who braved the Covid are mentally and physically shattered by the ASI directive. The excavations can be completed by September 30th 2021 as was originally planned, he said.

ASI officials in its Kochi, Thrissur and New Delhi offices were unavailable for comment.