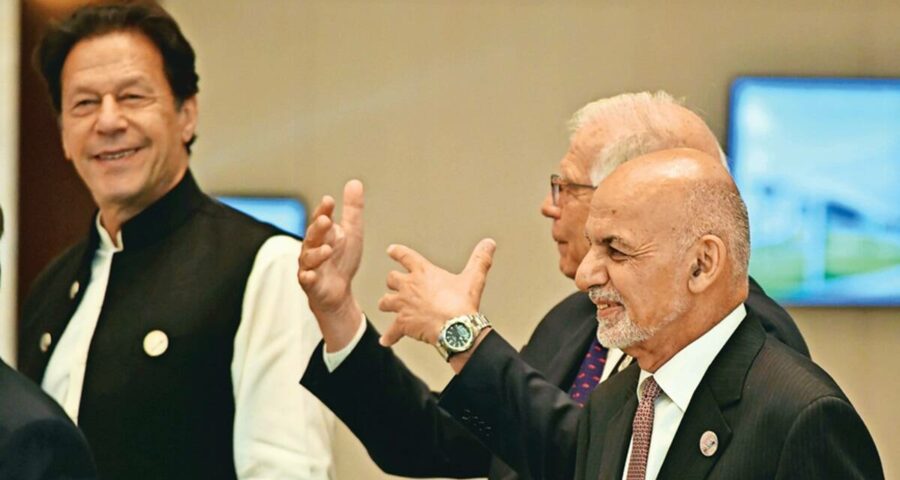 Ghani’s accusation that “more than 10,000 jihadi fighters” have entered Afghanistan from Pakistan in the last month, and that Islamabad had failed to convince the Taliban to participate “seriously” in the peace talks, was rejected by Khan. 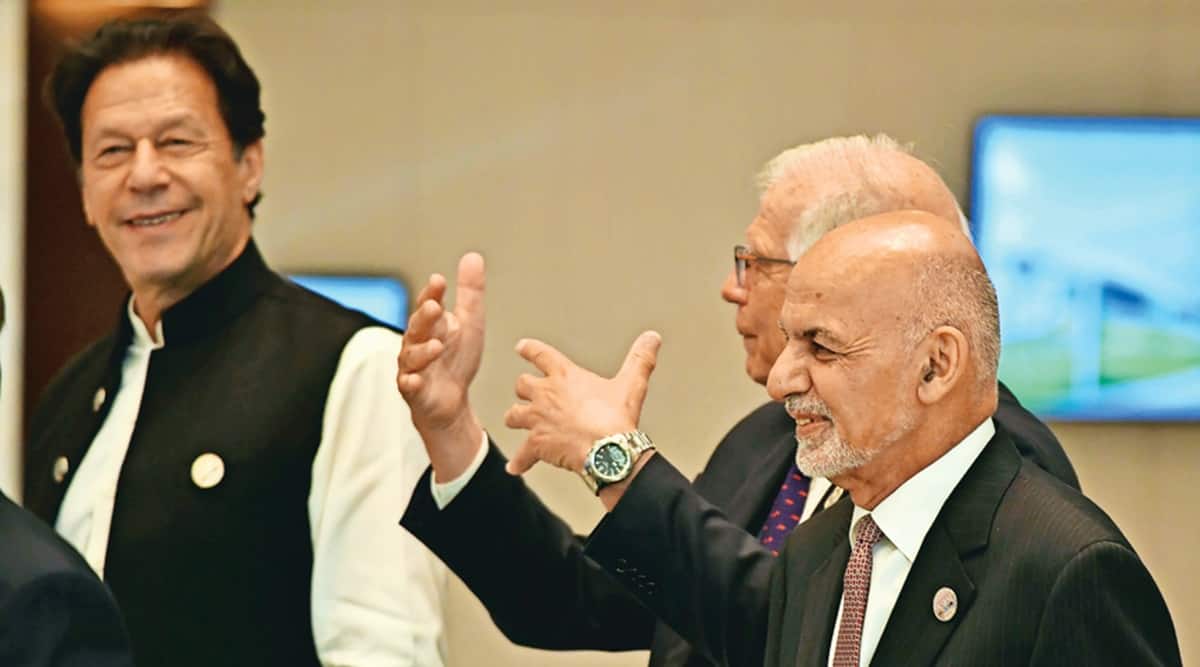 Ghani’s accusation that “more than 10,000 jihadi fighters” have entered Afghanistan from Pakistan in the last month, and that Islamabad had failed to convince the Taliban to participate “seriously” in the peace talks, was rejected by Khan.

Khan said it was “unfair” to blame Pakistan for the situation in Afghanistan.

They were all speaking at the international conference on ‘Central and South Asia Regional Connectivity: Challenges and Opportunities’ in Tashkent, the capital of Uzbekistan.

“Contrary to repeated assurances by Prime Minister Khan and his Generals that Pakistan does not find a Taliban takeover in Afghanistan in Pakistan’s interest and short of use of force will use its power and influence to make the Taliban negotiate seriously, networks and organizations supporting the Taliban are openly celebrating the destruction of the assets and capabilities of the Afghan people and State,” Ghani said.

Jaishankar said economic growth is universally driven by the 3Cs of connectivity, commerce, and contacts — and all three need to come together to ensure regional cooperation and prosperity.

“The challenge we face is that politics, vested interests and instability can be formidable impediments to its realization. There are lessons too from our experiences that need to be understood. The real issues are of mindsets, not of disputes. Blocking connectivity in practice while professing support in principle benefits no one. A one-sided view of trade rights and obligations can never work. No serious connectivity can ever be a one-way street,” he said, in a reference to Pakistan not allowing overland transit for trade and connectivity with landlocked Afghanistan.

Responding to Ghani, Khan said, “President Ghani, let me just say that the country that will be most affected by turmoil in Afghanistan is Pakistan. Pakistan suffered 70,000 casualties in the last 15 years. The last thing Pakistan wants is more conflict.”

He said that the Taliban were no longer willing to compromise after the United States set a date for the withdrawal of American troops from Afghanistan.

“When there were 150,000 Nato troops…that was the time to ask the Taliban to come to the table. Why were the Taliban going to compromise once the exit date was given…why would they listen to us when they are sensing victory?” he said.

Khan said Pakistan’s economy was finally recovering after going through a difficult phase. “I repeat, the last thing we want is turbulence in Afghanistan.”

No country has tried harder than Pakistan to bring the Taliban to the table for a dialogue, Khan claimed. “We have made every effort short of taking military action against the Taliban in Pakistan, to get them on the dialogue table and to have a peaceful settlement [in Afghanistan]. To blame Pakistan for what is going on in Afghanistan is extremely unfair,” he said.

While Khan did not address Jaishankar’s comments, later — in response to a question from a TV channel on whether talks and terror could go together — he blamed the ideology of the RSS for being the stumbling block to good relations between India and Pakistan.

Ghani and Khan later met for a bilateral meeting as well, according to Pakistani and Afghan officials.

In his speech, Jaishankar said “development and prosperity go hand in hand with peace and security. For reliable connectivity within and through Afghanistan, the world must have confidence in its governance. Our connectivity deliberations expect predictability, efficiency and observance of norms of our time as its foundation.”

He said that since 2016, India has taken “practical steps” to operationalise the Chabahar port in Iran.

“This provides a secure, viable and unhindered access to the sea for Central Asian countries. Its efficacy is now clearly proven. We have proposed to include the Chabahar port in the framework of INSTC (International North South Transit Corridor). The formation of India-Uzbekistan-Iran-Afghanistan Quadrilateral Working Group on the joint use of Chabahar port is a welcome development,” he said.

Jaishankar had met Ghani on Thursday, and discussed the situation in and around Afghanistan. He had reiterated India’s support for peace, stability and development of Afghanistan.