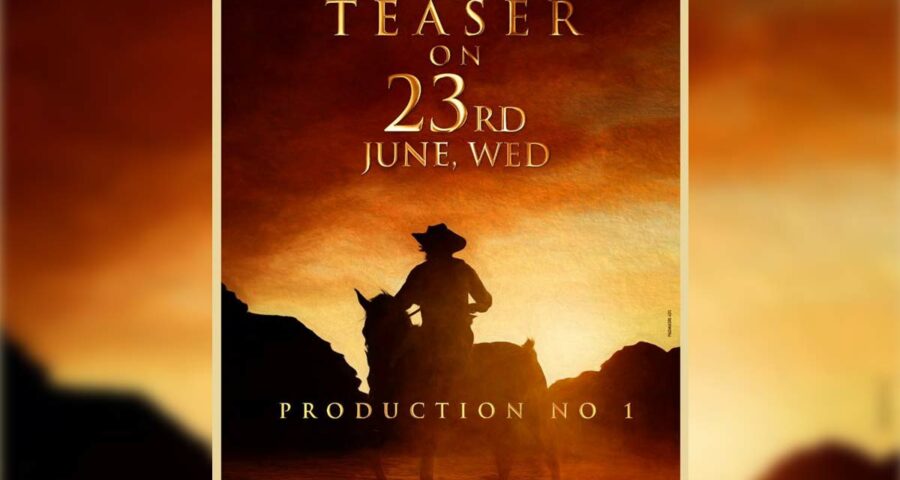 Ashok Galla, the son of industrialist and politician Jayadev Galla, grandson of Superstar Krishna and the nephew of Telugu Superstar  Mahesh Babu is making his debut as an actor in Telugu film industry with an upcoming untitled film, which is being directed by Sriram Adittya and it has ismart Shankar fame Nidhhi Agerwal in the female lead role. Sriram Aditya   is known for making ‘Bhale Manchi Roju’, ‘Shamanthakamani’, ‘Shamanthakamani’ and ‘DevaDas’. Meanwhile, the makers  of this Telugu drama have revealed a new poster to announce the teaser release date. The title teaser of the untitled movie  of Ashok Galla will be released on 23rd June. Coming on the poster, Ashok Galla  is seen is a cow boy look.

Touted to be romantic entertainer, the upcoming untitled  film  of Ashok Galla is backed by Padmathi Galla under the banner of Amar Raja Media & Entertainment whereas Gibran is composing the music.

The major part of the shoot of Ashok Galla and Nidhhi Agerwal starrer has been wrapped up. The sources close to the makers revealed that except for 2 to 3 days of shoot, the  entire production of this film is completed.

Earlier Dil Raju was supposed to introduce Ashok Galla through his banner but the movie got shelved for some reasons. Now he is making his debut with Sriram Aditya’ directorial venture.