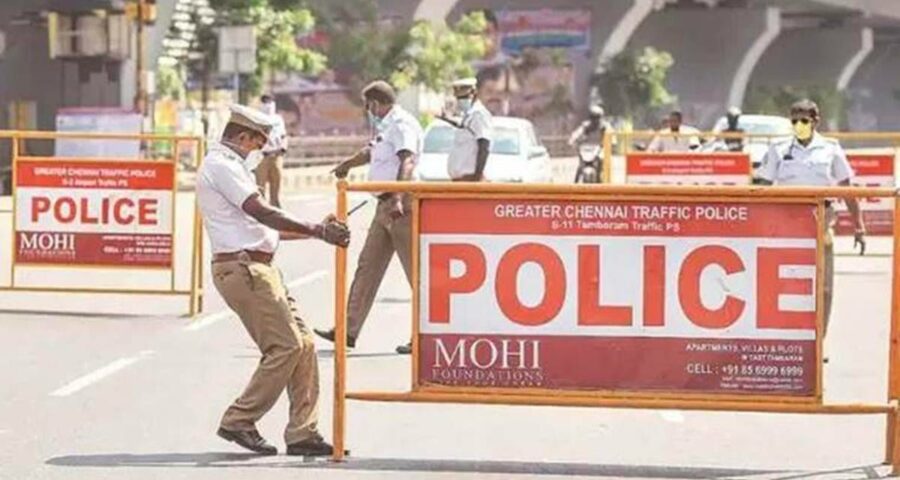 While the positivity rate was seen increasing steadily in the first and second weeks of May, Chengalpattu district, which is south of Chennai and occupies a part of the Greater Chennai City Corporation reported a 31.5 per cent test positivity rate for 7 days from May 12 to 18. WITH A rise in the number of Covid infections and at least 16 districts showing a positivity rate of over 20 per cent, Tamil Nadu is considering extending the lockdown by another week to May 24 and working out a district-level containment plan.

The positivity rate in two districts — Chengalpattu and Theni — is above 30 per cent. The state reported the highest number of fresh cases in the country on Tuesday even as there was a slight decline in the number of new cases this week. One of the senior ministers handling the Covid crisis on the ground said there are two immediate plans before them – to handle the alarming situation in Coimbatore and a strong possibility to extend the lockdown for one more week after May 24.

While the positivity rate was seen increasing steadily in the first and second weeks of May, Chengalpattu district, which is south of Chennai and occupies a part of the Greater Chennai City Corporation reported a 31.5 per cent test positivity rate for 7 days from May 12 to 18. Theni (30.3 per cent), Coimbatore (29.3 per cent), Kanyakumari (27.1 per cent), Thoothukudi (26.7 per cent) were other districts with high positivity rates.

Besides Coimbatore, Chennai (22.4 per cent), Madurai (15.2 per cent), Trichy (22.5 per cent) and Tirupur (21.2 per cent) are other urban regions that have raised concerns within the government machinery, especially with medical facilities overwhelmed across the state. There are barely any oxygen beds available.

Tamil Nadu Health Secretary J Radhakrishnan told The Indian Express that there may be signs of stagnation in the number of cases in Chennai but it was no cause for celebration. He said in cities like Chennai, there is 95 to 98 per cent occupancy in terms of oxygen and ICU beds. “The lockdown is being strictly enforced across the state and we are testing about 1.5 lakh samples on a daily basis. Cases in Chennai may not be growing much but there is a concern with regard to Coimbatore and other major towns. Even a smaller district like Ariyalur is a concern. So we are in the process of bringing a district-level containment plan,” he said.

Radhakrishnan said the government is leading a strategy to increase the capacity of beds in districts. “By creating this surge capacity, we are also bringing oxygen facilities in secondary and tertiary care centres,” he said.

Meanwhile, as part of ensuring increased testing of samples, especially in districts where testing centres are few, the government on Thursday slashed charges to Rs 900 from Rs 1,200 for those not covered under the government-sponsored Chief Minister’s Health Insurance Scheme.