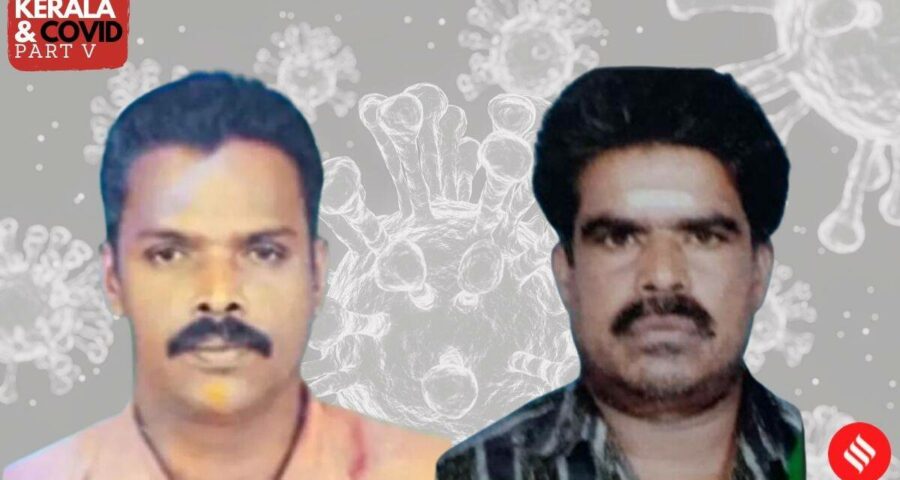 Kerala & Covid-19 -Part 5: The general stagnation in the local economy, decline in wages and people’s purchasing power, soaring unemployment, crippling debt and the continuing restrictions on economic activity at the local level are counted as some of the reasons pushing people to take the extreme step. 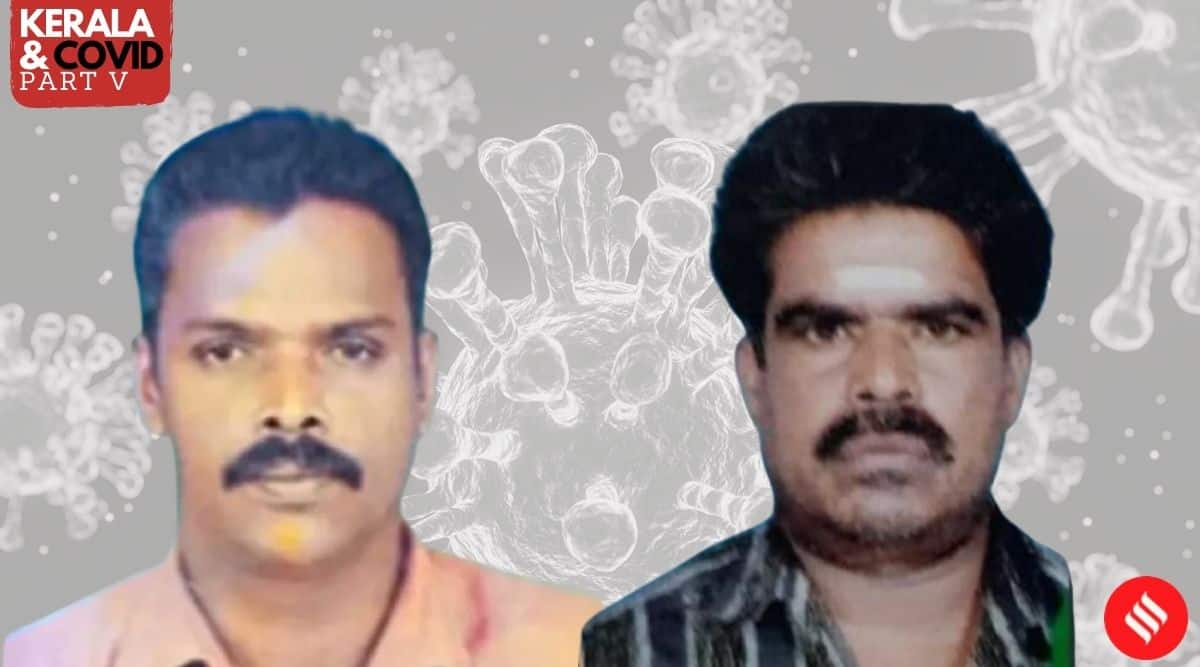 “Only once, out of the blue, he told me he had a debt of Rs 10-12 lakh. To which, I suggested selling off the house and property. But he was not ready for it,” Akhil, 23, recalled a conversation with his father G Vinod a few months before the latter died by suicide.

The bakery in Irumpupalam in Idukki district that Vinod ran for nearly eight years was not doing well. When the second wave of Covid-19 hit in early April this year prompting four months of a stern lockdown and restrictions, it slashed jobs of daily-wagers in the town, who formed the bakery’s chief clientele. To make matters worse, Vinod was injured in an accident this June while driving his auto-rickshaw down a steep slope. And when he was hospitalised, he picked up the Covid-19 virus there, forcing him to stay off work for another two weeks.

“I could figure out that he was quite tense and disturbed at that time. A couple of times we had to take him to the hospital as his blood pressure shot up and down. He had borrowed a lot of money from private lenders and the interest kept soaring. When I asked him whom to pay, he didn’t say anything,” said Akhil, who was working as a driver at the time.

Early morning on July 19, Vinod, without awakening his family, drove to his bakery, pulled the shutter down and hanged himself. The family testified to the police that financial liabilities due to Covid-19 led to the suicide.

Vinod’s death is not an isolated case in Kerala. Over the last three months, as the pandemic tightened its grip on the health sector and the local economy, there has been a string of suicides — light and sound shop owner Ponnumani in Palakkad, cardamom farmer Santhosh in Idukki to goldsmith Manoj, his wife and daughter in Thiruvananthapuram and bus driver Sarath and his father Damodaran in Thrissur district to name a few — reflecting the deep unrest in the low and middle-income stratas of society. Local media reports have pegged the numbers as high as 30 in the last three months.

The general stagnation in the local economy, decline in wages and people’s purchasing power, soaring unemployment, crippling debt and the continuing restrictions on economic activity at the local level are counted as some of the reasons pushing people to take the extreme step. It doesn’t help that Kerala, once hailed as a successful model in tackling the pandemic, has the highest number of persons under treatment for Covid-19 in India currently and continues to contribute the largest share to the national caseload. On August 25, the state reported over 31,000 cases in a sign of a surge post Onam festivities — escalating fears both among health experts as well as the trading community.

For Kerala’s LDF government headed by Pinarayi Vijayan, the challenge is onerous. After getting a rap on the knuckles by the Supreme Court in July for relaxing restrictions for Bakrid, it cannot be seen as defying the court’s directions again when it comes to keeping the pandemic in check. At the same time, livelihoods are also at stake and if the string of suicides is any clue, it’s that traders and daily-wagers would not condone another round of lockdowns and restrictions.

One of the sectors decimated by the pandemic and which has lost the most number of people to suicide (eight so far) is the light and sound business. Since March last year, the pandemic restrictions have dropped the curtains on big outdoor events in the state such as political rallies, business conventions, conferences, temple and church festivals and marriages, wiping out work for those renting out costly light and sound equipment, pandal decorators and announcers. The local body elections in December last year provided a semblance of relief before the second wave and associated lockdowns sunk the sector further.

“To people outside, our shops may boast costly equipment, but our homes are mired in poverty and starvation,” said Siju Manoharan, Kollam district secretary of the Light and Sound Welfare Association of Kerala (LSWAK) which has 50,000 members in the state.

Manoharan, while speaking over the phone earlier this week, was in Thrissur attending the association’s state committee but his mind was in Kundara in his home district of Kollam where the eighth member of LSWAK, 47-year-old K Sumesh, had ended his life. The deceased had invested in a light and sound business last year through two bank loans by mortgaging family properties. But the business never took off due to Covid-19. He took to selling vegetables and fish, but the income was never enough to repay the loans, pushing him to death.

“They are dying because they have no choice. Of course, we don’t encourage it and we keep motivating our members that their problems would be resolved soon. We’re a welfare association and we have our limitations. We do the best we can,” said Manoharan.

The association’s demands to the government are simple: provide interest-free moratorium on bank loans till Covid-19 takes a back-seat and allow for gatherings of 200 people at least in large spaces adhering to protocols. Such gatherings, underlined Manoharan, would offer opportunities for allied workers like caterers, decorators, pandal workers and drivers.

CP John, a two-time member of the state planning board and a leader of the Communist Marxist Party (CMP), echoed the view that the public, at large in Kerala, currently do not feel their concerns are being listened to at an institutional level. “That’s why I argue for the setting up of a Covid disaster relief commission where people can file complaints. Many issues can be negotiated and solved if the government stands in between as a mediator,” said John, whose party is an ally of the Congress.

“Suppose, there is an enterprise with 100-200 employees and the owner cannot afford to pay the rent. The government can act in between, negotiate with the landlord and pay a portion of the rent for a specific period until the trader can pay the rent again. This will be a relief for both parties and the enterprise will escape getting closed down.”

In similar ways, the government can offer subsidies in petrol and diesel prices for buses, private taxis and auto-rickshaws to help them stay afloat, he said. “It will save the livelihoods of 15-20 lakh people.”