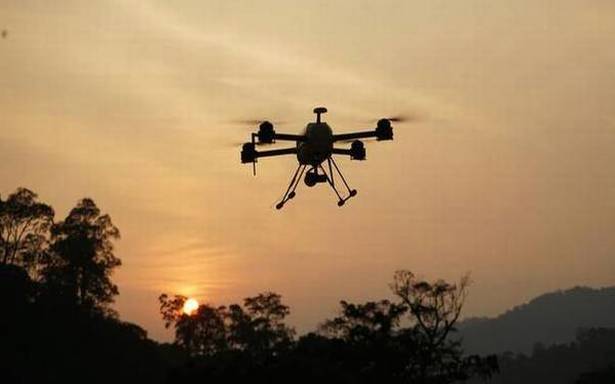 The Army is procuring jammers in large numbers, and expanding the range of the existing ones to protect large military bases in forward areas from drone attacks, a senior defence official has said. Also with ceasefire holding along the Line of Control (LoC), both India and Pakistan are using the peace to upgrade their defences on the border, officials said.

“We were cognisant of the threat from drones for sometime. To cover forward bases, we are getting bigger jammers, including from the Defence Research and Development Organisation (DRDO) and an Indian company in Hyderabad,” one official said. “We are working to expand the range of our jammers while also importing additional ones.”

Stating that several measures were being put in place, officials said. To begin with, the sentries posted along the installations were more alert now and on the lookout for possible presence of drones. “Drone and quadcopter threat is now a reality,” a second official noted.

There have been several instances in the last couple of years where quadcopters were used to drop drugs, arms and ammunition from across the border in Jammu and Punjab. However, the June 27 attack on Jammu air base is the first instance where small drones were used to drop explosives.

Also read: Drone with IED shot down in Jammu

There has been no violation by Pakistan since the commitment by both sides in February to observe the ceasefire along the Line of Control (LoC) and other areas. However there were two infiltration attempts recently.

With no firing at all, both sides are using the peace to upgrade their defences. Restoration work on the existing border fence, called the Anti-Infiltration Obstacle System (AIOS), is under way, the second official explained.

Also read: LeT could be behind drone attack in Jammu, says DGP

Over the years, the Army has significantly improved its electronic surveillance along the LoC to check infiltration and, after some delays, work is under way to convert the existing border fence into a smart fence integrated with several sensors. As reported by The Hindu earlier, the new hybrid model of the smart fence being tested costs around ₹10 lakh per km.

In the last few months, some terror camps along the LoC have been reactivated and there has been some probing and infiltration attempts, one of the officials said. But there has been no overt support by Pakistan Army to the terrorists, the official said.

There have also been surveillance inputs on several occasions of movement of terrorists close to the LoC, though there have been no attempts to infiltrate.

All indices of violence are down and overall there is a 40% reduction, one of the official said. “However, local recruitment remains a worry. Operations are going on in the valley and terrorists are being neutralised.”

According to data, there have been 58 local recruitments so far this year, compared to 166 in 2020 and 120 in 2019. At the same time, 83 terrorists were killed this year as compared to 221 last year and 152 in 2019. In many of these cases, there were attempts to negotiate a surrender which did not work, the official said.

Another matter of concern is smuggling of narcotics which funds terrorist activities, the officials said.

It is estimated that there could be some increase in violence within threshold of deniability, the second official said adding that the counter infiltration grid is fully geared up to tackle any situation.