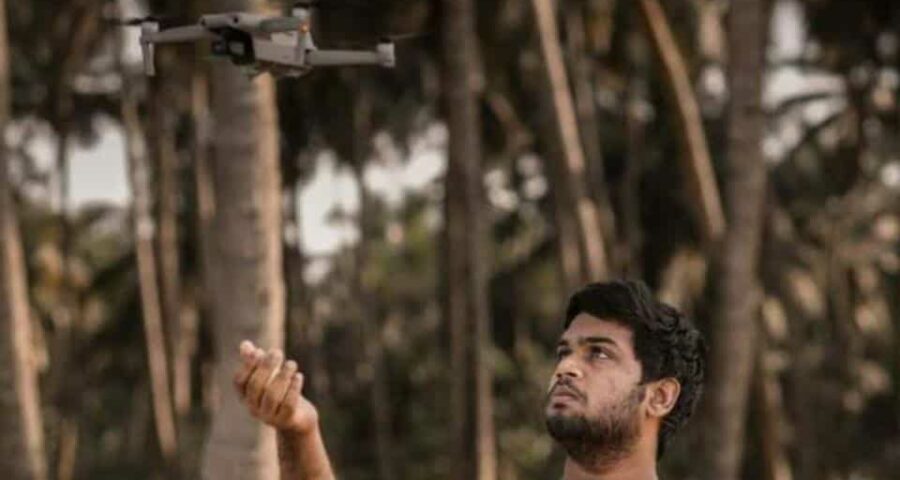 A 19-year-old engineering student became a hero in Kerala after he was able to save four drowning fishermen in the Arabian sea with the help of a drone.

When rescue workers and fishermen were worried about a missing boat on Nattika beach in Thrissur on Tuesday, young Devang Subil approached them. Initially no one was willing to hear him and some of them even shooed him away, saying it was not a child’s play.

After Nattika legislator Geetha Gopi heard his plea she approached police and rescue officials and Subil managed to board a rescue boat with his drone.

“It was my first deep sea voyage. When our boat reached 11 nautical miles away from the coast I released my drone. Initially the wind created problems but after 20 minutes or so my drone captured first visuals of a man clinging on to a log of capsized boat and beamed faint visuals in my mobile phone,” said Subil detailing the rescue operation.

He said soon fishermen and coastal police immediately diverted their vessels to the spot where the first man was found and rescued him. Later 300 metres away from the spot, they found two others and rescued; the fourth one took almost another an hour to spot, he said. “The fourth man was on the verge of drowning after exhaustion. Minutes after his rescue, the man lost his consciousness,” he said.

Now four of them are undergoing treatment at a hospital in Thrissur. They spent almost six hours in the sea and one of them managed to send an SOS to the shore which alerted others.

“We salute the youngster whose timely intervention saved four lives. He showed us how new innovations can help save lives. I have already approached the government with a suggestion to honour him,” said MLA Geetha Gopi.

Subil, a second year B.Tech student of Bnegaluru’s Christ University, had returned to his native place after his college shut due to pandemic.

The Kerala Fishing Boat Operator’s Association said it was the first time a drone camera was used to save fishermen from seas in south India. It is planning to submit a proposal to the state fisheries department to deploy more drones and train rescuers to use them.

“It is a cheap medium of rescue. Usually we press helicopters and speed boats into service for such search operations. But this is very cost effective,” said Subil, adding he will add more modifications and be ready to train rescuers involved in such operations.