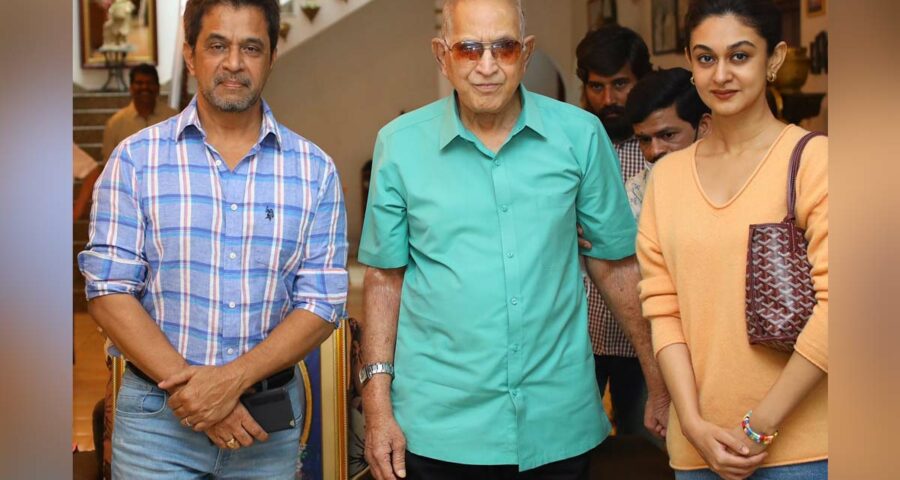 Aishwarya Arjun, the daughter of  Action King Arjun Sarja is ready to enter Tollywood with a project which will be directed by her dad.  The upcoming yet to be titled film will be  produced under the banner of Sree Raam Films. The father and daughter- Arjun Sarja and Aishwarya recently met K Vishwanath and  Superstar Krishna, and sought their blessings at the beginning of this new journey. Vishwak Sen is on the board to romance Aishwarya Arjun in this upcoming film.

Sharing the exciting news, the makers tweeted, “As Aishwarya Arjun is debuting in Telugu Cinema with @srfioffl’s Production No.15…She and Action King @akarjunofficial both got the blessings from Legends of TFI, ‘Kalatapaswi’ KV ishwanath garu and Superstar Krishna garu.”

Few days ago, the movie was launched in the presence of Jana Sena Chief and actor Power Star Pawan Kalyan. Vakeel Saab fame actor gave the mahurat clap as Vishwak Sen and Aishwarya Arjun faced the camera. The  upcoming Telugu film will also have Jagapathi Babu in a crucial role. Neeraja Kona is the costume designer and the cinematography has been taken care of by Balamurugan. The music is composed by Ravi Basrur.