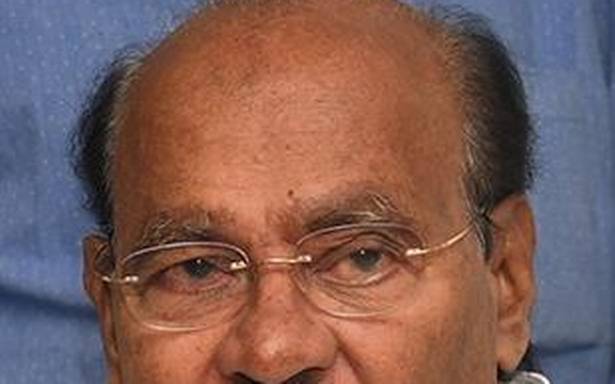 Mr. Ramadoss urged the CM to write a letter to the Governor to quickly decide on the recommendation made by the earlier Palaniswami government to release the convicts.

PMK founder S. Ramadoss on June 11 said the doors of Raj Bhavan in Chennai should be knocked on and not that of Rashtrapati Bhavan, on the issue of release of seven convicts in the former Prime Minister Rajiv Gandhi assassination case.

In a statement, he pointed out that June 11 marks the completion of 30 years of their arrest and alleged the Raj Bhavan was playing a “game of hide and seek” on taking a decision on their release.

Referring to Tamil Nadu Chief Minister M.K. Stalin’s letter to the President last month on the issue, Mr. Ramadoss said leaving it to the President to decide would cause further delay in their release and would also amount to compromising the rights of the State to the Centre.

The courts have pointed out the Governor has the authority to decide, he said.

Mr. Ramadoss urged the Chief Minister to write a letter to the Governor to quickly decide on the recommendation made by the earlier Edappadi Palaniswami government to release the convicts and also stress this in person.

He said the State government should appoint a counsel well versed in human rights to handle the case in the Supreme court.