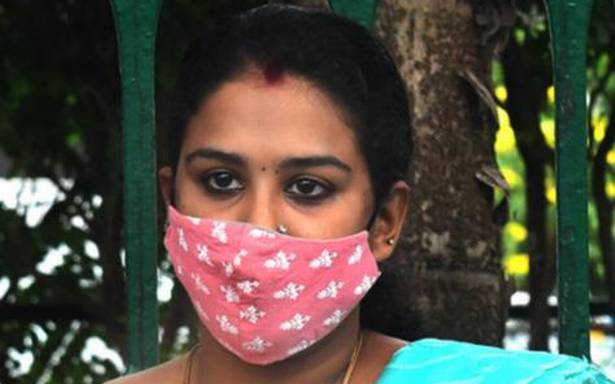 Anupama S Chandran, former SFI leader and daughter of a CPI(M) local leader, who has alleged that her baby has been given up for adoption by her parents without her knowledge, on Monday approached the Kerala High Court seeking a directive to the police produce her one-year-old child before the court and hand the baby to her.

In her the habeas corpus petition, Anupama said that she had been in the dark about the whereabouts of her baby for the last 12 months. According to her, she gave birth to a baby boy on October 19, 2020 and after four days, the child was taken away and abandoned by her parents who were in immediate custody of the child, without the consent and knowledge of the petitioner. She alleged that the police, child welfare committee and her parents with a common intention had aided, abetted and conspired to isolate her four-day-old child from its biological mother and denied it all the basic human rights of an infant. Despite the fact that a kidnapping case was under investigation and the adoption process being stayed by the court, the Minister for Women and Child Development had said in the Assembly that the controversial adoption of the child was in accordance with the law. The petitioner feared that the statement by the Minister would likely to influence the investigation and pending litigation before the Family Court.

Anupama alleged that her parents had forcefully isolated the child from its biological mother on the pretext of Covid19 restrictions and then abandoned the child without the consent and knowledge of the petitioner by placing the child in “Amma Thottil” run by Kerala State Council for Child Welfare. In fact, the council had not complied with the provision of the Juvenile Justice Act regarding the surrender of an abandoned child.

The statutory institutions, a government organization and persons with fiduciary relationships (grandfather and grandmother) who are bound to protect and care for an infant conspired together to separate and isolate the infant from its biological mother have denied her and her child the basic human rights guaranteed under Article 19 and 21 of the Constitution, she said.

She pointed out that her parents were highly influential political leaders and they didn’t recognise the love affair with Ajithkumar, the father of the child. After knowing about her pregnancy, the parents were compelled to abort this child with help of a family friend, a gynaecologist. The petitioner resisted the same. In fact, the child had been detained illegally for more than one year.