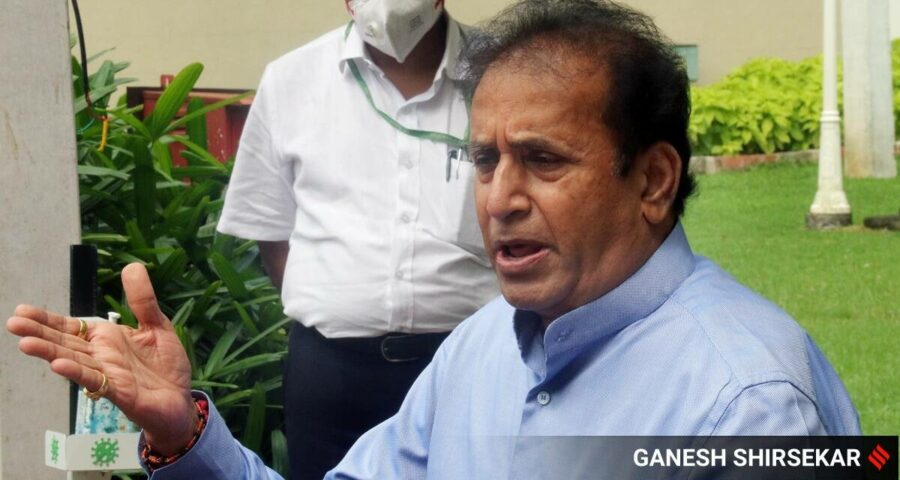 In his weekly column Rokhthok in the party mouthpiece Saamana, Raut also said the Shiv Sena-NCP-Congress government in Maharashtra did not have damage control machinery as was seen after former Mumbai police chief Param Bir Singh claimed that Deshmukh asked cops to collect Rs 100 crore a month.

“Deshmukh got the home minister’s post by accident. Jayant Patil and Dilip Walse-Patil refused to take responsibility. That is why Sharad Pawar selected Anil Deshmukh for the post,” Raut wrote in his weekly column.

Perhaps mindful of the fact that his remarks about a senior minister of the ruling alliance partner may be viewed in poor light, Raut later tweeted, “Bura na mano Holi hai..”

In his column, Raut said, “If a junior officer like Sachin Waze was running a (money) collection racket from the Mumbai police commissioner’s office, why was the home minister not aware of it?”

“Waze was a mere API in Mumbai police. Who gave him so much powers? Whose favourite was he? All this should come out,” Raut wrote.

“Deshmukh unnecessarily rubbed some police officials the wrong way. A home minister cannot function properly if he gets surrounded by suspicious officers,” he said.

Raut said a home minister should always speak less. Facing the cameras frequently and ordering inquiries is not his job, the Sena MP added.

The MVA government had no damage control machinery when Singh dropped his letter bomb, Raut said. “No major leader came forward to defend the image of the government, which led people to believe in Singhs allegations,” he added.

IPS officials Sanjeev Bhat in Gujarat and Vaibhav Krishna in Uttar Pradesh had raised concerns on various issues through letters written to their chief ministers but these letters were thrown in the dust bin and instead action was taken against those officials, Raut said.