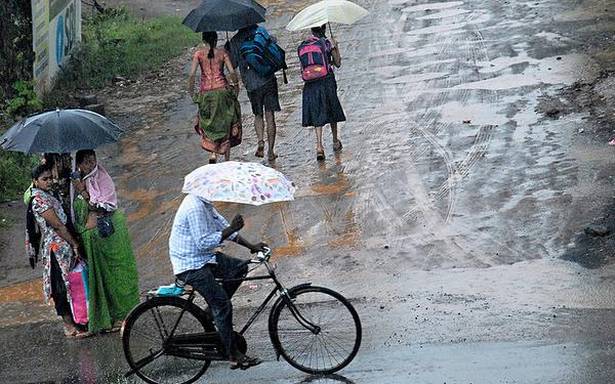 The low pressure over Bay of Bengal which has brought widespread rains in Tamil Nadu is also impacting parts of Andhra Pradesh state.

Heavy rainfall is battering districts bordering Tamil Nadu. Chittoor district has been witnessing heavy rainfall since last night and a rain alert has been sounded in several other coastal districts.

People in Vijayawada city woke up to incessant drizzle resulting in water getting stagnated on main roads and vehicles and pedestrians navigating through rain-soaked streets and roads. Life, however, moved as usual with people going about their daily work, except for experiencing slight inconvenience due to the wet spell.