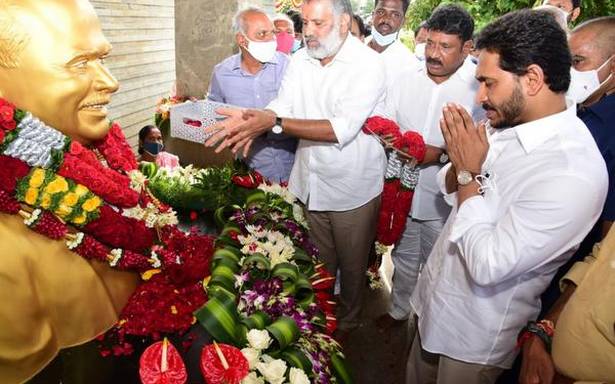 Accompanied by his mother Y.S. Vijayamma, wife Y.S. Bharathi Reddy, sister Y.S. Sharmila and other family members, he offered floral tributes at the ‘Samadhi’ and sat in silence for a few minutes. Memorial prayers were conducted at the ‘YSR Ghat’. Mr. Jagan later garlanded his father’s bust size statue.

After receiving representations from the public at the Idupulapaya helipad, the Chief Minister flew by a chopper to Kadapa airport, from where he boarded a Gannavaram-bound special flight.