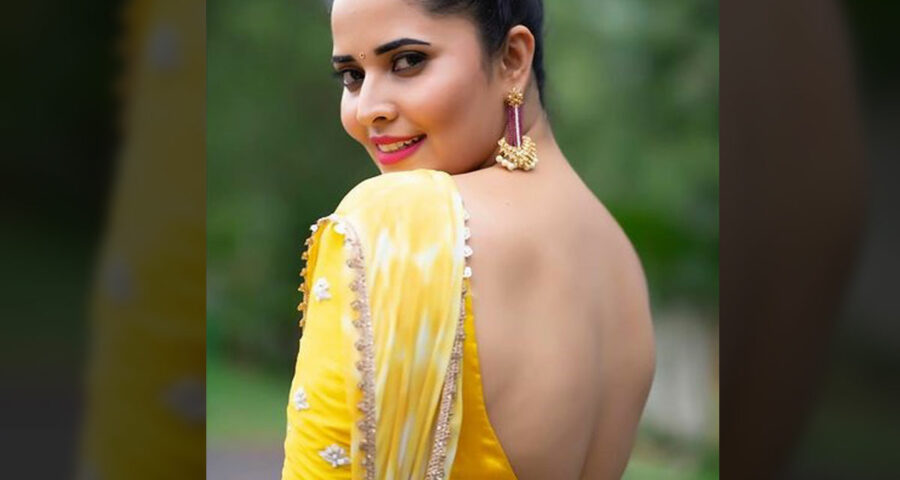 Anasuya Bharadwaj is one of the talented actress who is working on a series of interesting films.  She was last seen playing the lead role in Thank You brother.  Apparently,  the anchor turned actress is doing well in films  and now according to the latest buzz in the film industry, Sampath Nandi has roped Anasuya Bharadwaj in his upcoming production venture,  which is touted to be intense family drama, to play the female lead.

We have already reported, Sampath Nandi produced a web series Black Rose with Bollywood actress and Miss India crown winner Urvashi Rautela in the lead, which is yet to be released. Now he is planning to produce a movie with one of his associates, in which Anasuya will be playing the lead role. Very soon the official announcement regarding Sampath Nandi and  Anasuya Bharadwaj’ project will be made.

Currently Sampath Nandi is basking on the glory of his recently released directorial venture Seetimaarr which has  Gopichand and Tamannah Bhatia in the lead role.  The sport based movie was released on 10th September and is doing decent collections at the box office.

Meanwhile, Anasuya is playing the important role in Mass Maharaja Ravi Teja starrer Khiladi and she is also the part of Allu Arjun and Rashmika Mandanna starrer Pushpa: The Rise.