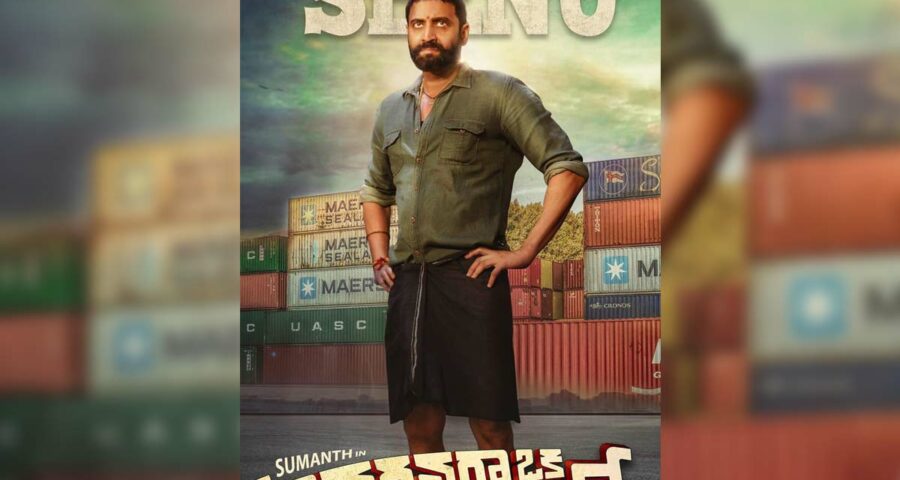 Akkineni hero Sumanth, who essayed the role of  Akkineni Nageswara Rao in NTR Kathanayakudu and NTR Makanayakudu, will be seen in a different role in Anaganaga Oka Rowdy. He is playing the role of rowdy Waltair Seenu in this upcoming film. The makers have already wrapped up the major part of the shoot of Sumanth starrer.

The sources say that except the Vishakapatnam schedule, the team of  ‘Anaganaga Oka Rowdy’ has wrapped up all the shooting schedules.  The poster gives a hint that the movie has Vizag as the backdrop.

‘Anaganaga Oka Rowdy’  is  being helmed by Manu Yagna and is  produced by Garlapati Ramesh and Dr TS Vineeth Bhatt under the banner of Ek Dho Teen Productions whereas it has the music by Mark K Robin who composed for  the movies- Awe, Agent Sai Srinivasa Athreya and Zombie Reddy.

Apart from ‘Anaganaga Oka Rowdy’, Sumanth  will also be seen in Kapatadhaari which is in post-production stage.